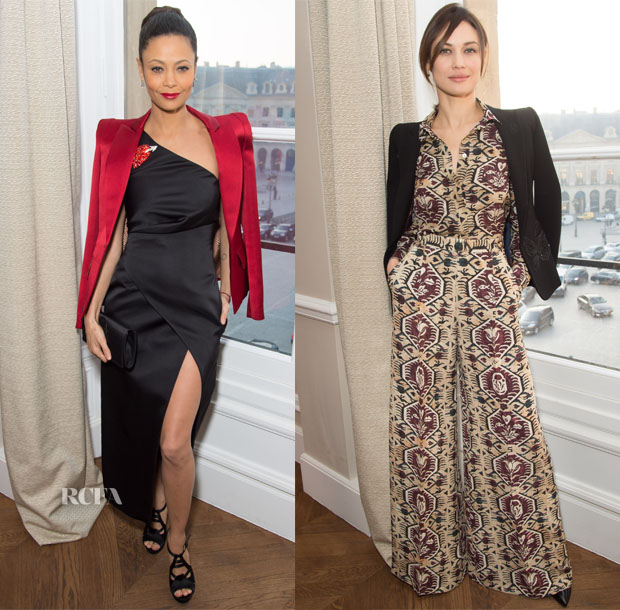 There was no shortage of starlets wearing their Schiaparelli best and seated front row at the brands Haute Couture Spring 2017 show during Paris Fashion Week on Monday (January 23).

Thandie Newton: With a large dose of va-va-voom, the actress wore her heart on her dress in an asymmetrical black number with a sultry slit up the leg. The sculptural red jacket that adorned her shoulders added even more sass to the ensemble.

Olga Kurylenko: Her appearance at the Schiaparelli show saw the actress wearing a completely different jumpsuit look from the one debuted at the Christian Dior show. Here, the sportier element disappeared to be replaced by a fluid silhouette and a power print. Like Thandie, she too wore a jacket over her shoulders for an additional edge. 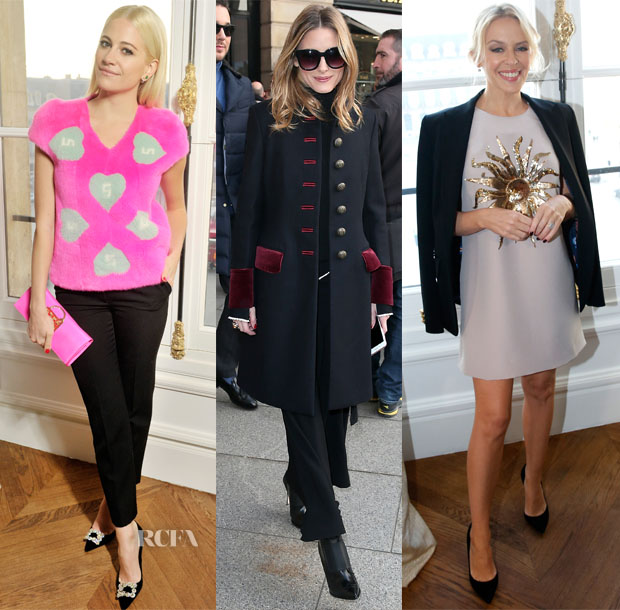 Pixie Lott: There is no way not to at least smile at the British pop singer’s fuzzy, blindingly hot-pink sweater, strewn with Schiaparelli ‘S’ hearts that look like fashion’s own Sweethearts candies. A matching clutch brought even more neon pink to the party, as if there wasn’t already enough, for this look that was full-on fun.

Olivia Palermo: On a more serious note, Olivia wore a long coat-dress-inspired outfit featuring sharp tailoring and military detailing that were both softened by her wavy locks.

Kylie Minogue: With a golden sunburst emblazoned across her frock, the singer was ready to shine. Once again, the precise structure of the jacket across her shoulders defined the look and added a signature Schiaparelli flair. 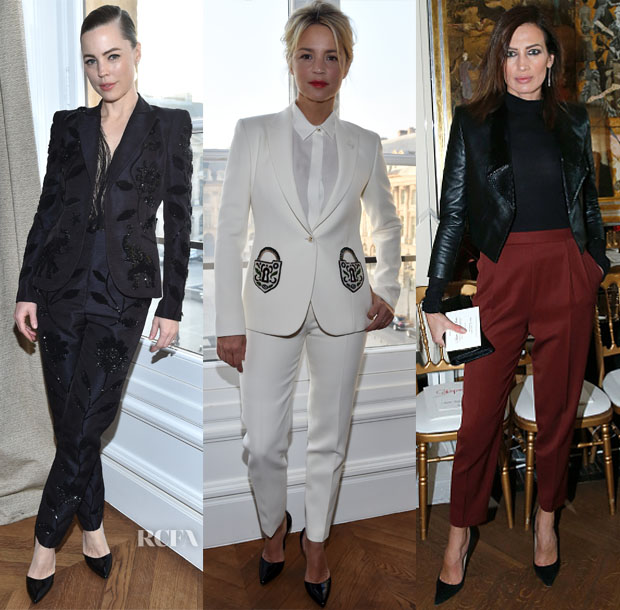 Melissa George: The tonal floral embroidery that sparkled its way up and down this suit contributed a lighthearted note to the more severe ensemble, made more so by the actress’s slick bun.

Virginie Efira: The actress had this look all locked up, with the two padlock motifs providing a whimsical note to the crisp beauty of this white suit.

Nieves Alvarez: Like so many others, Nieves also wore a black blazer, hers of the embellished leather variety. Underneath, she kept it classic with a black sweater and high-waist cropped trousers in an elegant burgundy hue.