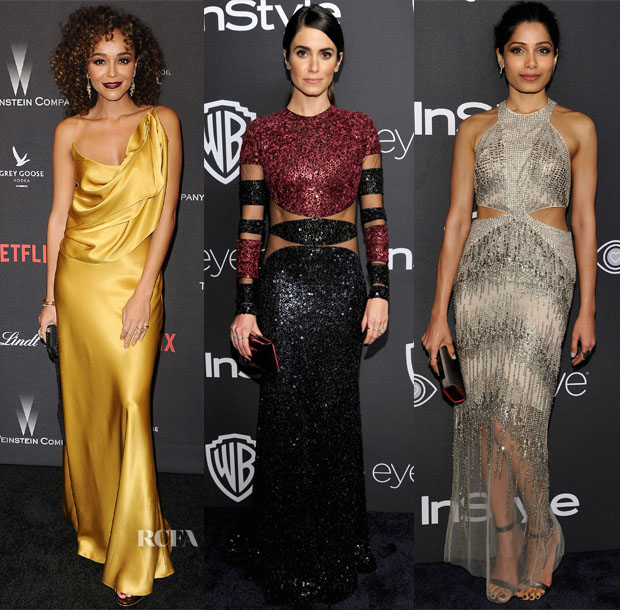 After every award had been announced and every speech given, the Golden Globes parties on Sunday (January 8) brought in a rush of other pretties to celebrate the night away with their peers in Beverly Hills, California.

Ashley Madekwe: Had this photo not been labeled Ashley, I would have never recognized the starlet who debuted a far more dramatic look than we are accustomed. Channeling Diana Ross, she wore a silken Cushnie et Ochs draped gown. Yet the heavy makeup and bouffant hair had an ageing effect on this typically youthful, natural beauty.

Nikki Reed: Sheer, sequins, and cutouts… oh my. Leaving no trend unturned, the actress wore a Naeem Khan Fall 2016 gown but the visible seaming at the sides compromised the look even more than the unflattering hip cutout. 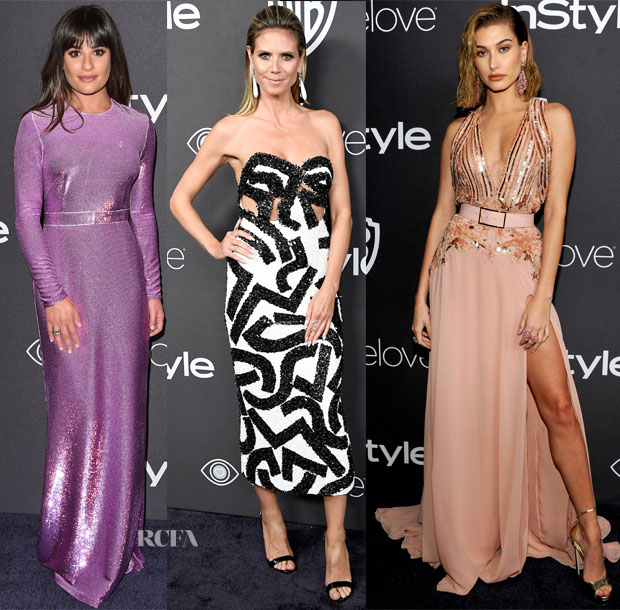 Lea Michele: Eye-popping in a deep lilac, slick wet-look gown by Emanuel Ungaro, she had her own ‘purple rain’ moment. No shrinking violets allowed here.

Heidi Klum: While there were times I nearly thought that this J. Mendel Fall 2016 Couture strapless dress was going to slip right off her bust, it was nice to see the supermodel in slightly less over-the-top form—not that this sequin, abstract design was a wallflower by any means.

Hailey Baldwin: The model rocked the leg jut and the power pose in her dusty-rose Elie Saab embellished gown that was all-out glam and a successful compromise between sexy and sophisticated. 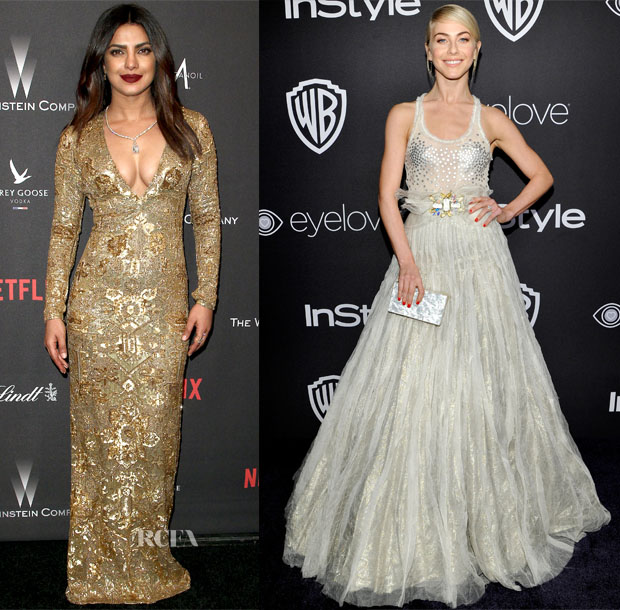 Priyanka Chopra: Also channeling a golden girl moment, Priyanka kept all but her bust covered up in this shiny Ralph Lauren gown that appeared a bit too snug for comfort. I’m also not a fan of the silver necklace with this gold dress.

Julianne Hough: The dancer-turned-actress swept in with a Jenny Packham pearlescent gown with a tank-style bodice and micro-pleated, full skirt that actually made it appear quite comfortable and much like a casual spin on a ball gown. However, I take issue with this feeling a little OTT for just the party. 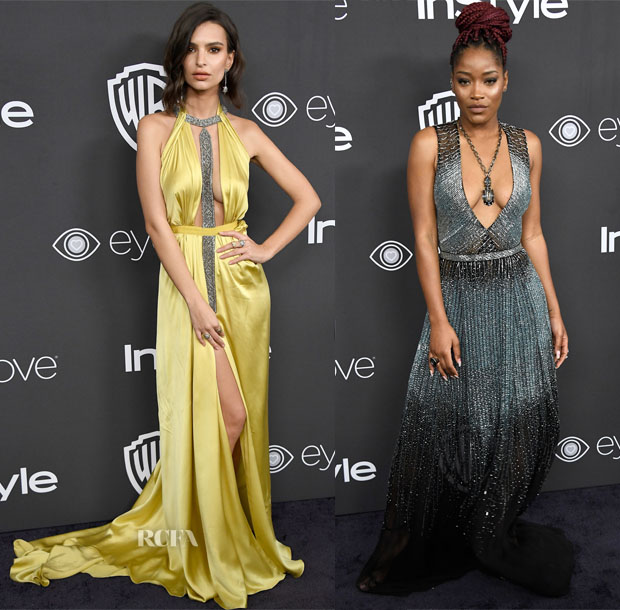 Emily Ratajkowski: Also in a shiny version of canary yellow, Emily showed off her assets in a Reem Acra Fall 2016 embellished plunge gown that left her constantly playing with the train in an effort to perhaps ensure her pins were also adequately displayed.

Keke Palmer: The plunge and the plisse details march right along, here again with Keke’s Pamella Roland metallic gown. The neckline was arguably too low for her, but the styling including the doorknocker necklace and fuchsia-tinged locks didn’t assist in elevating the look. 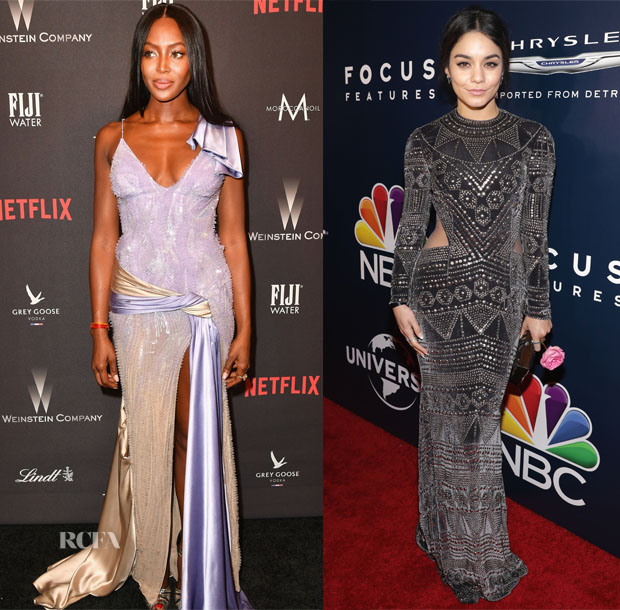 Naomi Campbell: A cacophony of discord, this lavender and metallic Atelier Versace slit-to-there gown translated more like a designer cast-off.