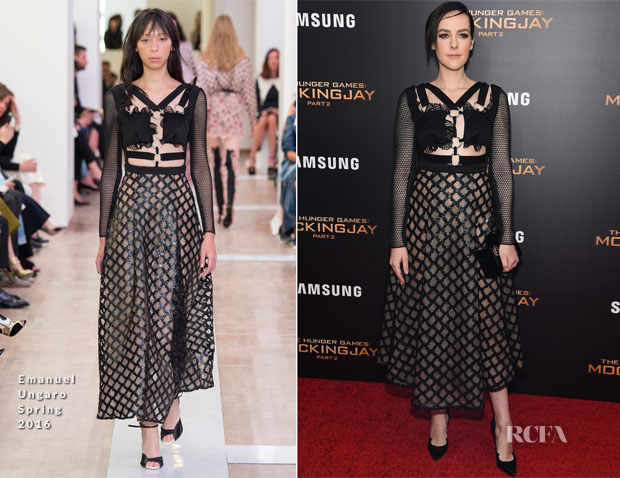 The actress wore an Emanuel Ungaro Spring 2016 dress which despite its cut-outs, sheerness and harness-style rings, feels more bad-ass with a Gothic undertone than overtly sexy, so for that reason alone Jena sells the look to me.

Styled with a black box clutch and Paul Andrew pumps, this was a hit for me.

Was it a hit for you?

Best Dressed Of The Week – Olivia ...

Lizzy Caplan In Thakoon – ‘The Night Before’ LA Premiere