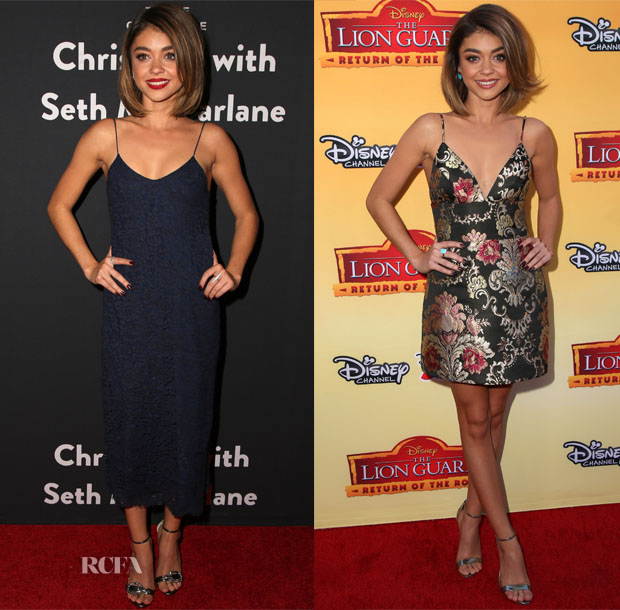 The Grove Christmas: Rather than taking an overly festive approach, she kept her look simple and straightforward in a Houghton Fall 2015 midnight-navy embossed lace slip dress. A subtle touch of seasonal sparkle did come in by way of Jimmy Choo ‘Tamsyn’ sandals and her holly-berry-red lip.

‘The Lion Guard’ Premiere: The girly mini-dress silhouette mixed with ornate, metallic patterning ensured this Zimmermann Spring 2016 frock was youthfully elegant. She echoed the metals in her pretty eye makeup while accenting the frock with the vibrant pop of turquoise earrings.