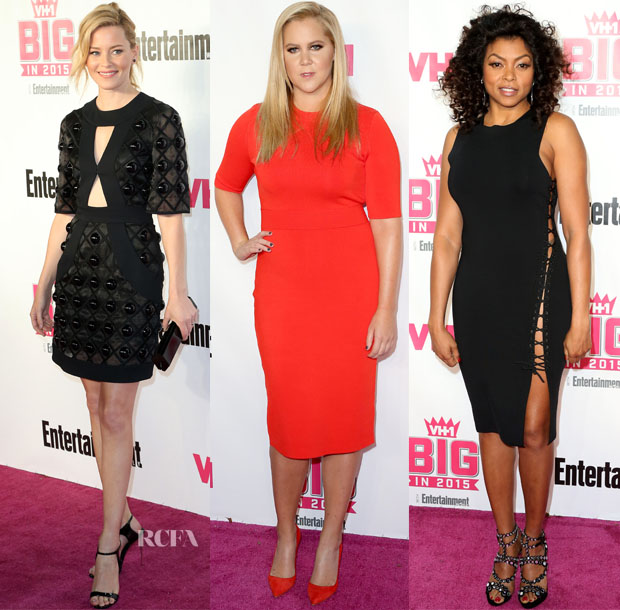 Amy Schumer: While I have nothing against her sleek red A.L.C. dress, I do think it could have been made far more interesting with a sleek updo and a more inspired Sophia Webster shoe choice. The red pumps simply had me yawning.

Taraji P. Henson: Continuing in the manner of her sexy style moves, the ‘Empire’ star wore an Alexander Wang Spring 2016 black dress with lace-up detailing for added allure. Her studded shoes completed the look with an edgy yet appropriate finish.

Sarah Hyland In Houghton & Zimmermann – The Grove Christmas With Seth MacFarlane & ‘The Lion Guard: Return of the Roar’ LA Premiere