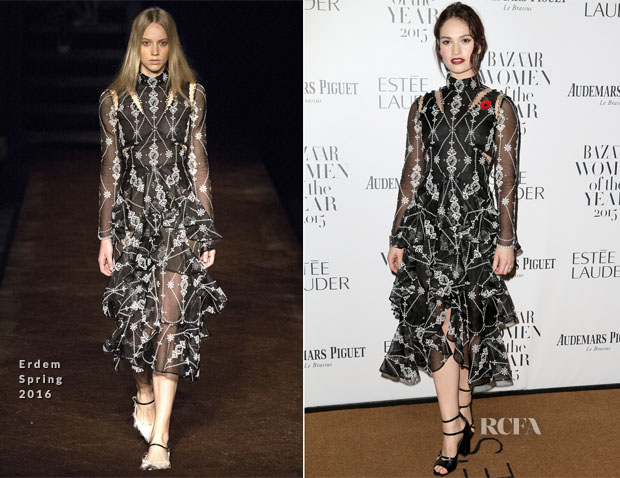 Lily James attended the 2015 Harper’s Bazaar Women of the Year Awards held at Claridges Hotel on Tuesday (November 3) in London, England, where she received the ‘Breakthrough’ award.

I have to start off by saying that since the hair colour change, it would appear that Lily has lost all her red carpet prowess.

On the runway this Erdem Spring 2016 dress possessed some whimsical appeal, but the heavier lining and lacklustre styling on the red carpet really brings the look down.