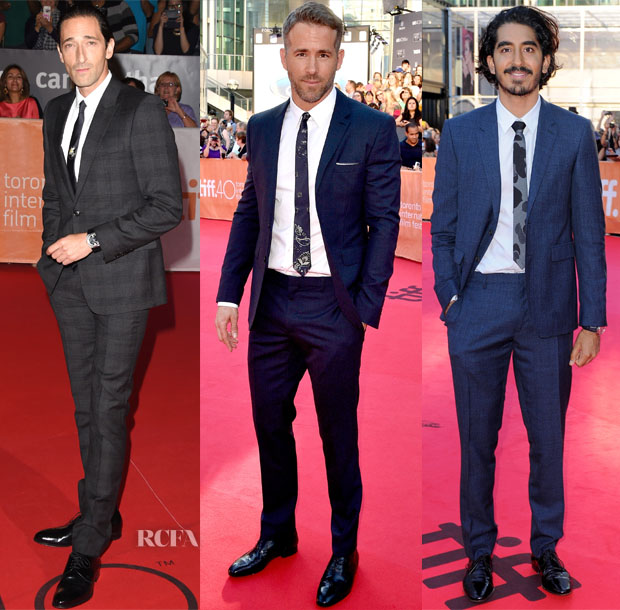 Here’s the final roundup of the leading men who have been escorting their leading ladies down the red carpets of London and Toronto this week.

Ryan Reynolds: The actor was looking oh so handsome on the red carpet for the ‘Mississippi Grind’ premiere during Toronto Film Festival on Wednesday (September 16). I love his navy Burberry Tailoring suit for its modern-classic vibes.

Dev Patel: While we usually associate the British actor with colourful suits, but he kept his Burberry Tailoring look simple, yet modern for ‘The Man Who Knew Infinity’ Toronto Film Festival premiere on Thursday (September 17).  I love how he injected some personality into the look via the camo tie. 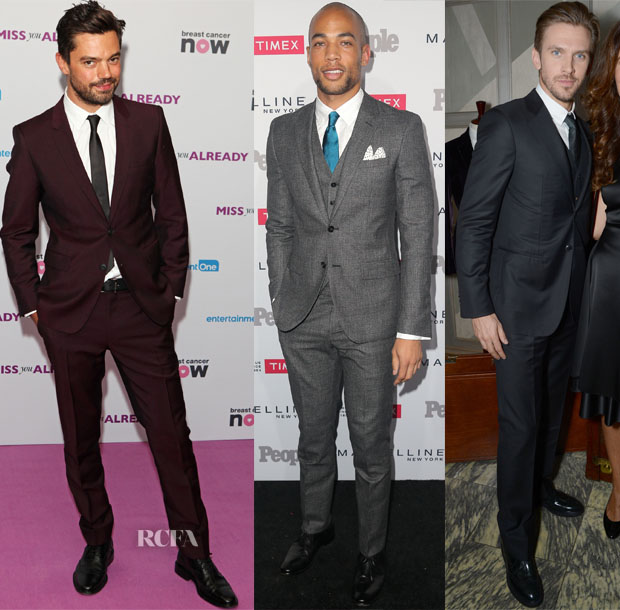 Dominic Cooper: The British actor joined Drew Barrymore and Toni Collette for the ‘Miss You Already’ London premiere on Thursday (September 17). His contemporary in tone yet timelessly appealing Burberry Tailoring suit was oozing with charm.

Dan Stevens: The actor co-hosted an exclusive cocktail party at The Connaught London, celebrating the new campaign for Giorgio Armani’s dedicated Made to Measure service on Thursday (September 17) with Roberta Armani. Decked out in a Giorgio Armani black three piece notch lapel suit, he presented a streamlined and sleek appearance.