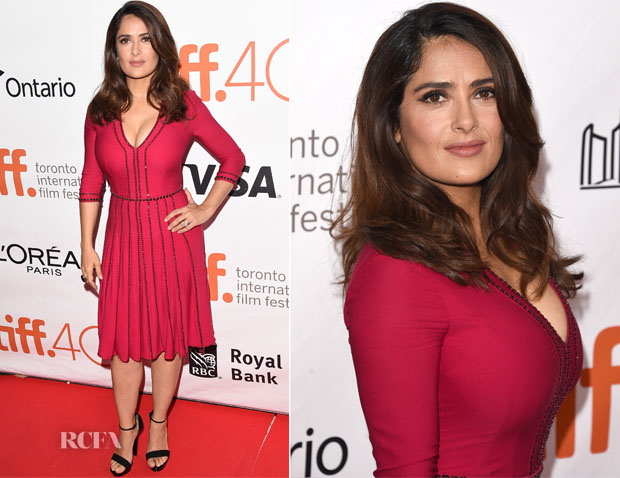 Had this been full-length I would probably be salivating over it.

Sadly, this style of dress is all too familiar for Salma plus its lacking pizzazz – despite the rhinestones – for a festival premiere.

Which Was Your Favourite Elizabeth Banks Venice Film Festival Look?