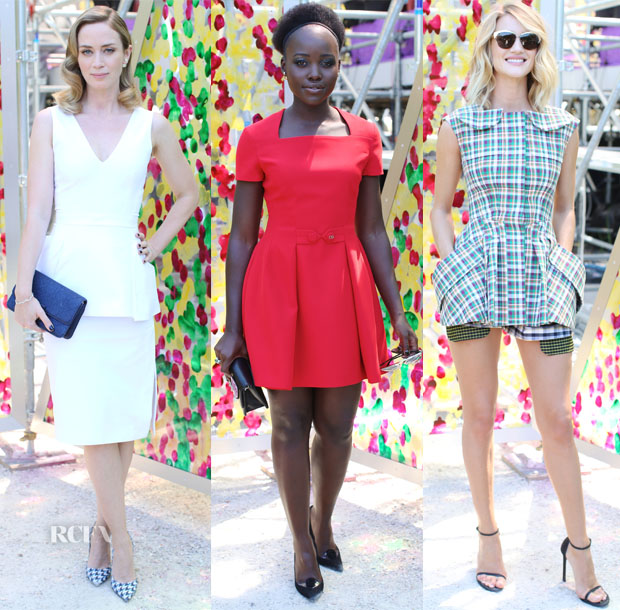 The Christian Dior Fall 2015 Couture front row was filled with Dior-dressed darlings, who watched the magical procession of confections make their way down a purple-hued runway on Monday (July 6) during Paris Fashion Week in Paris, France.

Lupita Nyong’o: Unfortunately, the only element I liked about Lupita’s outing was the radiant red colour of her Dior dress. The frock itself translated as rather ill-fitting and far too twee for the actress, and the black Dior pumps, funky sunglasses, and Dior earrings did nothing to warm me to this look.

Rosie Huntington-Whiteley: Changing her look by a full 180 degrees from her frow appearance at the Atelier Versace Fall 2015 show, the supermodel wore a plaid Dior jacket and shorts paired with Dior sandals and funky Dior shades. While the ensemble was likewise rather youthful, she carried it off with a sweet sense of chic panache so that the ‘too twee’ label need not apply. 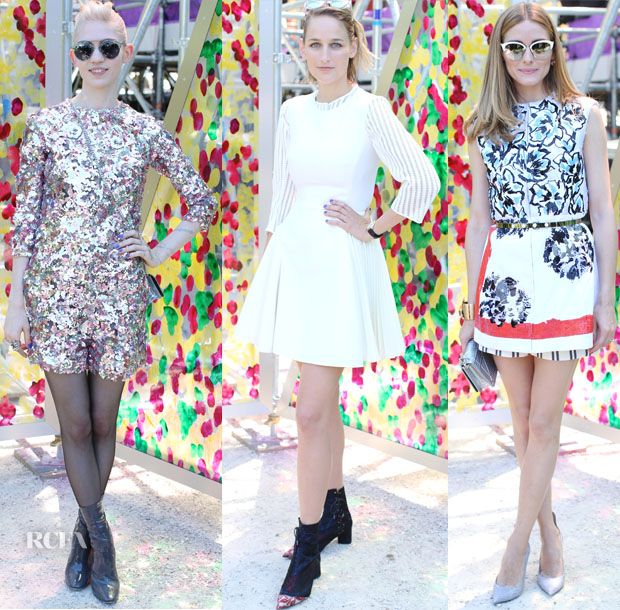 Grimes: The singer is nothing if not a chameleon, and here she changed her colours—or sequins, as the case may be—in a shiny Chrisitan Dior Couture short jumpsuit. It was a fun look, styled with a Dior cross-body bag and quirky Dior sunglasses. But she lost me with the black tights and Dior booties, as they were a dark afterglow on the bright surroundings.

Leelee Sobieski: I liked the girly charm of this white Dior flared dress casually styled with Dior sunglasses atop her haphazardly pulled-back locks. I could have overlooked the hair, but she completely lost me with the heavy Dior boots, which were no doubt added for a tough edge but really just proved a distraction.

Olivia Palermo: In what I would call a big improvement from her look the day before at the amfAR dinner, Olivia was back to her best in a Dior sleeveless embroidered jacket, which really was the statement piece of the look—along with those Dior retro-cool, oversized sunglasses. The rest of her accessories, including Dior gray pumps, a matching clutch, and a bronze cuff seamlessly integrated into the ensemble.