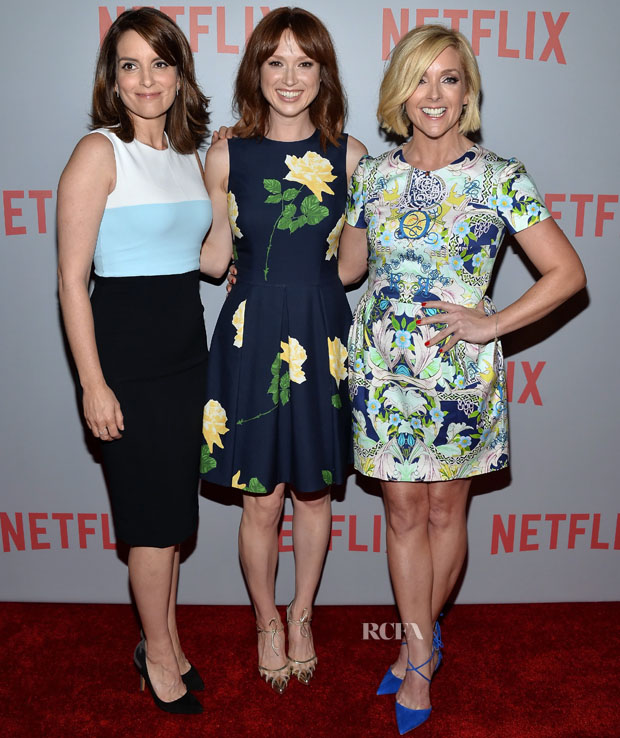 A group of funny girls were in attendance at the FYC screening of Netflix’s ‘Unbreakable Kimmy Schmidt,’ hosted at the Pacific Design Center in West Hollywood, California on Sunday (June 7).

Ellie Kemper: The actress brought her own roses to the party in a Michael Kors Spring 2015 frock that had plenty of feminine and summery flair, embellished further with a pair of metallic Bionda Castana shoes that didn’t exactly fit into the floral equation.

When placed alongside Tina’s more serious dress, both Ellie and Jane’s looks translated as a bit twee. But who had your favourite dress?

The Very Exclusive Sale Is Now