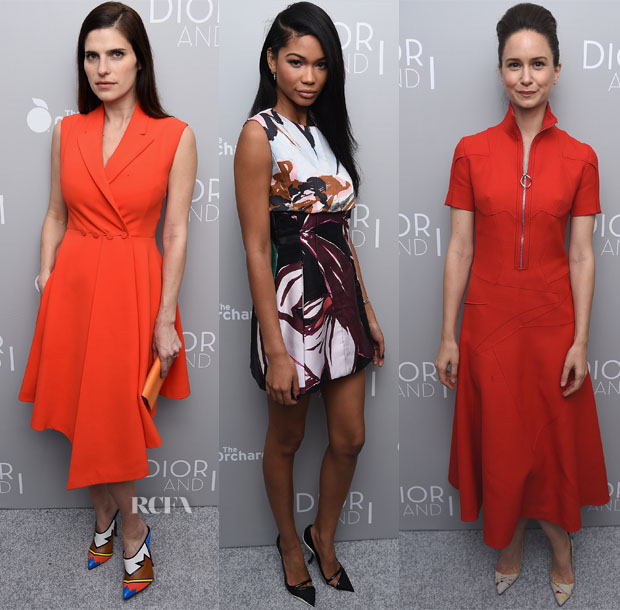 ‘DIOR & I’ New York had its New York screening at Paris Theatre on Tuesday (April 7) in New York City, with several celebrity guests in attendance.

Lake Bell: The actress stood out for me, not only for her chic tuxedo inspired red Dior dress with an asymmetrical hemline, but also for those multi-coloured Christian Louboutin ‘Vagachina’ mules with a distinct cowboy boots reference.

Katherine Waterston: Now there is something I didn’t think I would ever see, Katherine Waterston wearing colour and a smile. While her red Dior dress has a more semi-casual appeal to it, her look isn’t any less elegant than those before her. I’m crushing over her paint splattered pumps. 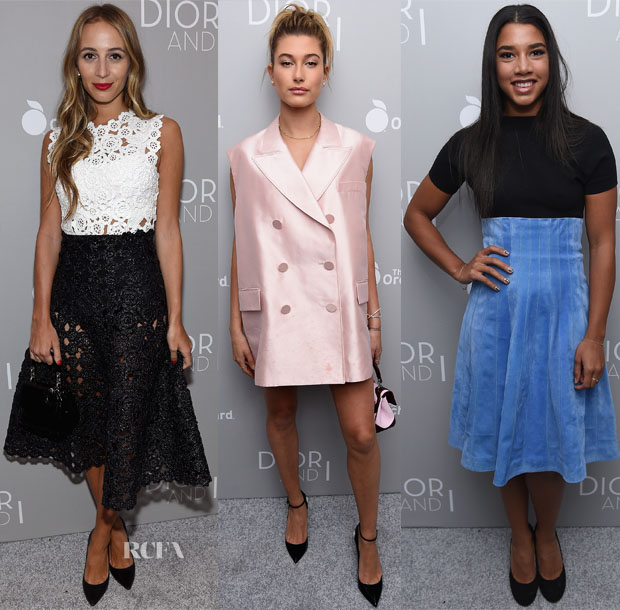 Hailey Baldwin: The model was serving up plenty of attitude while wearing a boxy Dior sleeveless pale pink silk jacket and black wool shorts. Had we seen the shorts, the black Dior shoes wouldn’t have felt so out of place. The best part of this look for me was her mini “Be Dior” handbag.

Hannah Bronfman: The DJ is a gorgeous girl, but I don’t feel this Dior black wool top with blue suede high waisted skirt combo is doing her any favours.

Amal Clooney In Gucci – Out In New York City