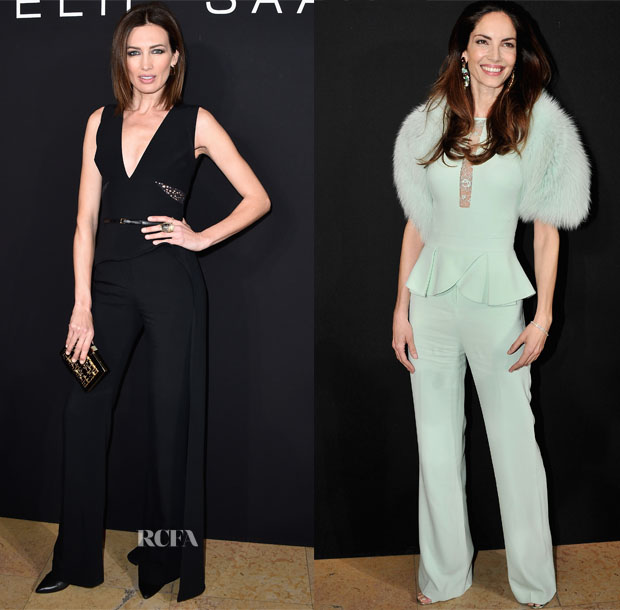 Elie Saab showcased his Spring 2015 Couture collection in Paris, France, on Wednesday (January 28) with a front row full of celebrities.

Nieves Alvarez: Having walked for Stephane Rolland the day before, the model was off duty, no doubt eyeing up options for the Goya Awards (the Spanish Oscars), which takes place on February 7. She kept her look simple wearing a black Elie Saab jumpsuit spliced with lace panels, which she styled with a gold clutch.

Eugenia Silva: Looking like the odd woman out, the model was the only celeb not to opt for black, standing out by selecting a heavenly minty-green look from Elie Saab’s Resort 2015 collection. 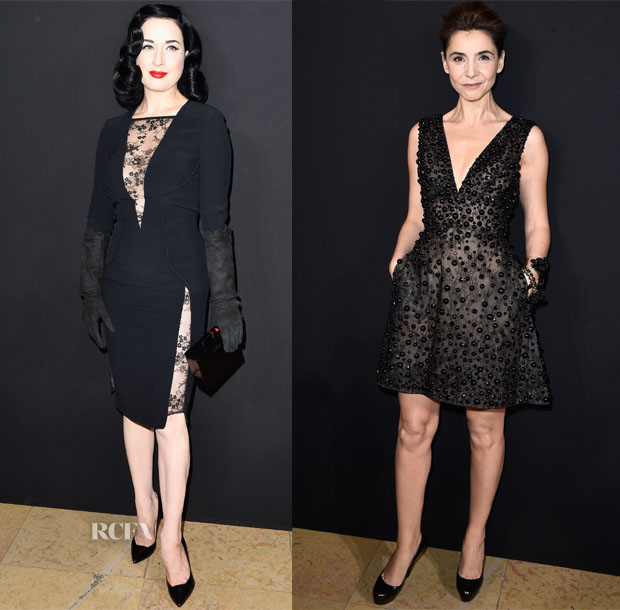 Dita Von Teese: The burlesque star was smouldering in the front row wearing an LBD with sultry lace panels, which was oh-so-very Dita, with signature styling to boot.

Clotilde Courau: No stranger to wearing Elie Saab, the French beauty wore a black Elie Saab Fall 2014 Couture frock in a familiar silhouette with oversized beaded detailing. If you are having a mild case of déjà vu, that may be because Julia Roberts’s Emmy dress had the same embellishments.

Even I have to admit that I prefer the all-black looks here. They are so chic and elegant, as an Elie Saab woman should be. Eugenia, while she looked lovely, dressed for the wrong season.