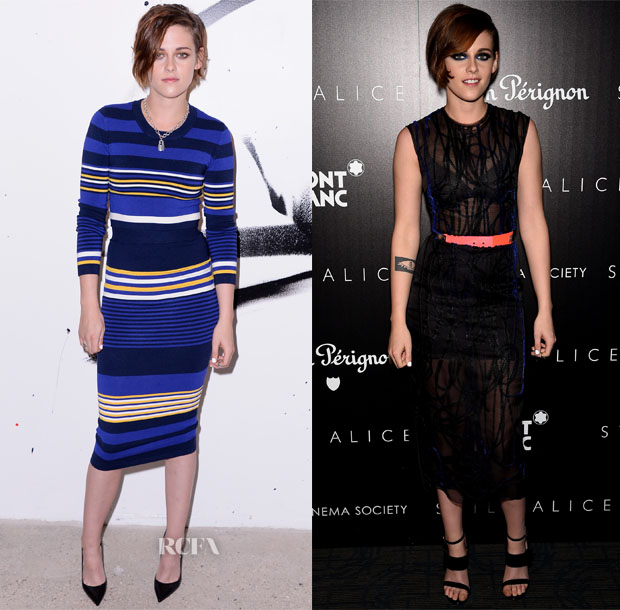 AOL’s BUILD Speaker Series: Her first look was a striped Torn by Ronny Kobo top and skirt featuring navy, black, yellow and white stripes, which give this minimal look some standout flair. Styled with simple black pumps and a padlock pendant neckline, the look sadly suffers from greasy hair syndrome.

‘Still Alice’ New York Screening: Kristen’s hair was much improved by the evening. Coiffed into a sweeping chic style, the actress was glowing in a Roksanda Spring 2015 ‘Ellsworth’ sleeveless black silk dress spliced with cobalt blue and black piping, which was styled with a Wolford merino skirt instead of the runway pants and accented with a coral belt giving an electrifying touch to this dark look. Black strappy Barbara Bui sandals and heavy kohl-rimmed eyes completed this look I deem BDOTW worthy. Do you? 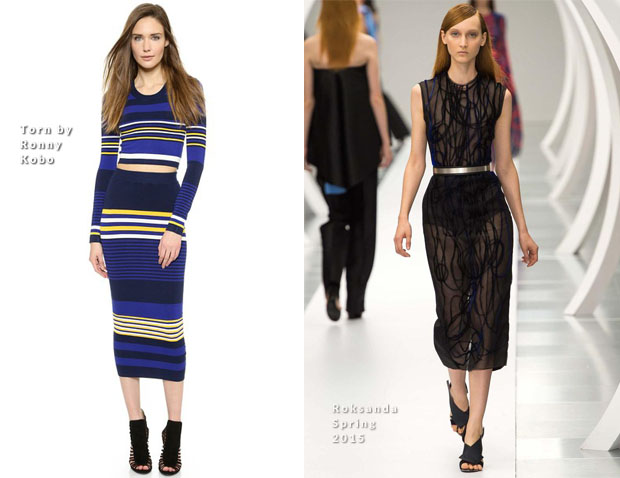