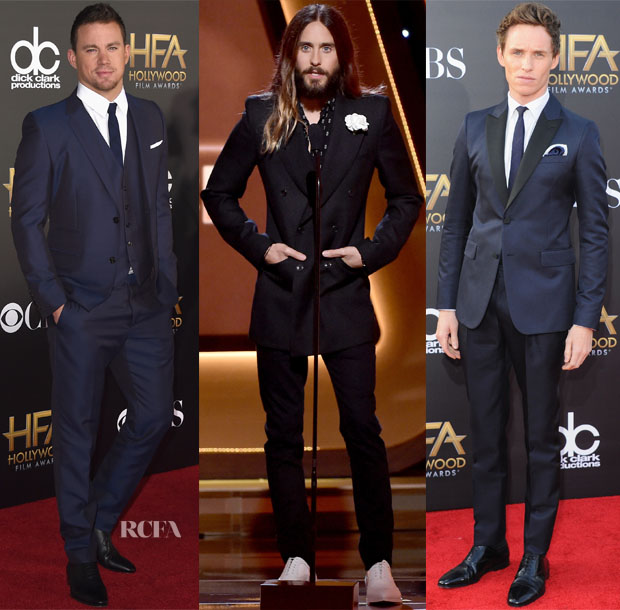 Lest we forget the gents who took to the red carpet for the 2014 Hollywood Film Awards on Friday (November 14).

Jared Leto: The Oscar-winning actor opted for a smart double-breasted suit from Alexander McQueen’s Fall 2014 collection. I love the styling of this look – yep, even the white Christian Louboutin New Platers Fiori shoes. I love how he can always marry looking smart with being uber cool.

Eddie Redmayne: The British actor joined his Alexander McQueen-clad ‘Theory of Everything’ co-star, Felicity Jones, at this event, looking as dapper as ever. Cut to perfection, his midnight-blue Valentino tuxedo with contrasting black lapels is yet another look for his hall of fame. I love the dual-colour pocket square. Sometimes it’s the little things that make an outfit. 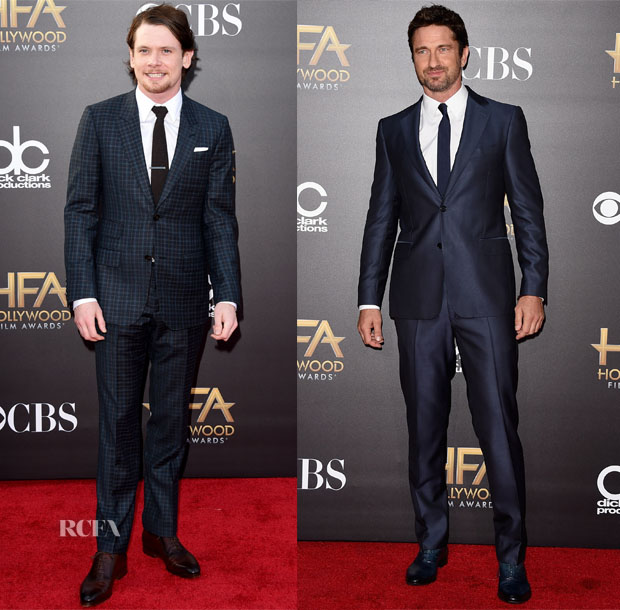 Gerard Butler: He may be the face of Hugo Boss, but the actor opted to wear a Salvatore Ferragamo navy suit and satin tie. Usually I am not a fan of these kinds of super-shiny suits, but I love everything he has got going on here, including the blue lace-ups. 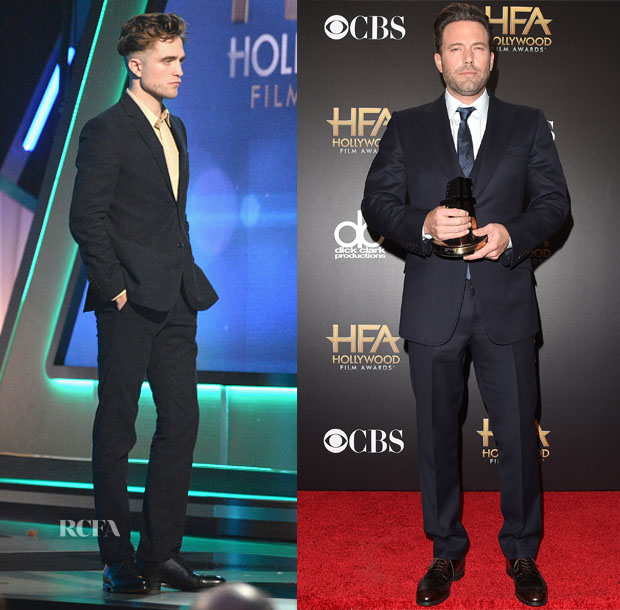 Robert Pattinson: The British actor continued his run of wearing Gucci Fall 2014 suits. Following his espresso suit from earlier in the week, he opted for a midnight-blue corduroy notch-lapel suit on this occasion styled with a camel dress shirt for an interesting contrast.

Ben Affleck: One of the winners on the night, the actor wore a Gucci Made to Measure midnight-blue peak-lapel two-button three-piece suit with a white dress shirt, navy tie and black leather lace-up shoes.