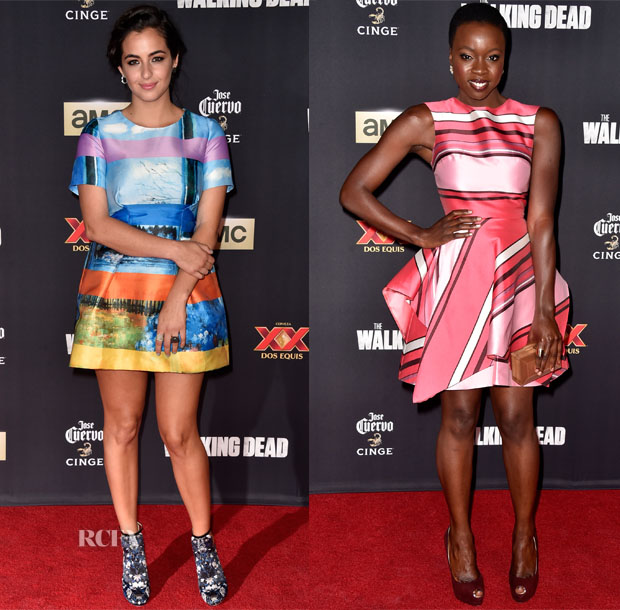 Alanna Masterson: The actress was the most colourful of the bunch, selecting a Chris by Christopher Bu printed frock. She also opted for printed ankle booties, when a solid pair of orange, yellow or lavender heels would’ve worked perfectly.

Danai Gurira: Also opting for colour and flare, Danai wore a Christian Siriano Resort 2015 striped frock emboldened with a structural skirt. Unlike Alanna, she played it right with the solid accessories including a bronze Rauwolf clutch, berry peep-toes and H.Stern jewels. 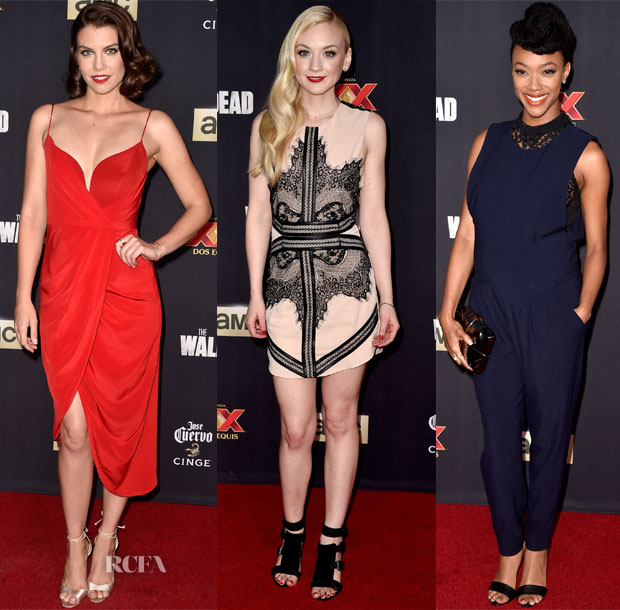 Lauren Cohan: The vampy one of the group smouldered in a red-hot spaghetti-strap Zimmermann dress, with retro waves and a red pout perfecting her look.

Sonequa Martin-Green: The pregnant star wore a navy jumpsuit with a black lace underlay for her relaxed red carpet look, adding a Benedetta Bruzziches clutch to her look.

Lauren and Danai were my favourite looks, but I adore Alanna’s dress – if only she’d worn better heels.