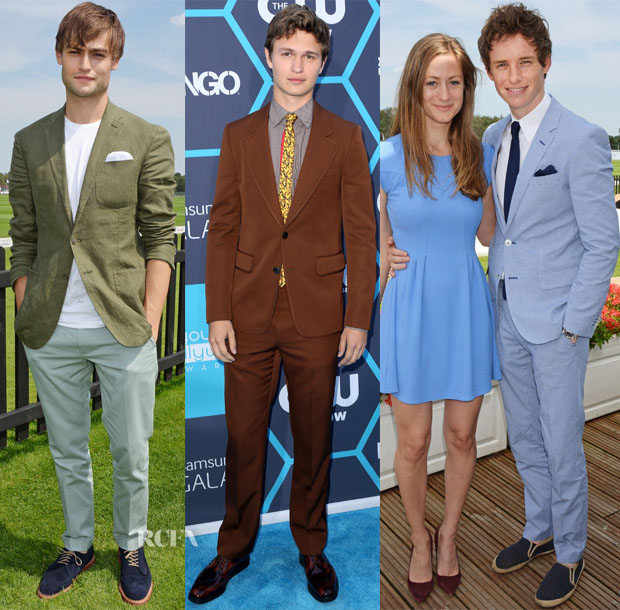 Here is a roundup of all the guys who took to the red carpet for various events last weekend, including Comic-Con and the Young Hollywood Awards.

Ansel Elgort: Brown, auburn, cinnamon, mud… call Ansel’s Prada Uomo Fall 2014 two-button lapel suit whatever colour you like. I am only getting through this by focusing on the tie. He can do so much better.

Eddie Redmayne: The always impeccably dressed actor wore a micro-checked blue and white suit with navy accents, including slippers which I would’ve swapped out for those nice navy Alexander McQueen loafers he wore during awards season. 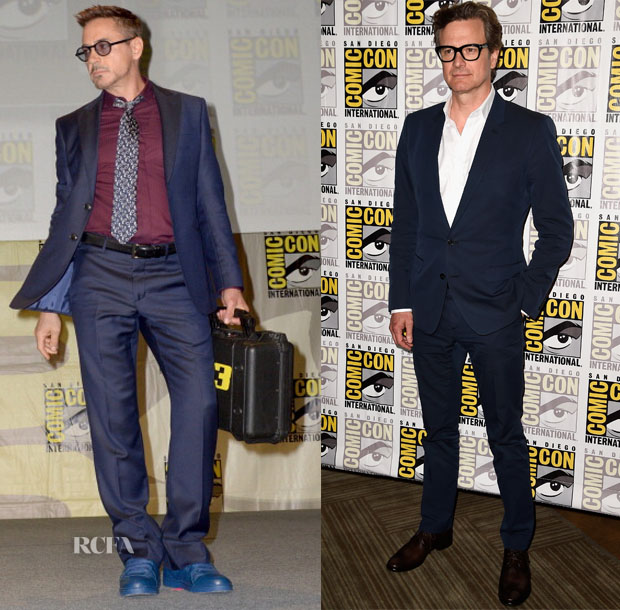 Robert Downey Jr: As usual, the actor was cracking jokes while attending the Marvel Studios panel during Comic-Con. There was, however, nothing funny about his suit as he looked very dapper, sporting a range of colours going from a navy suit to a burgundy shirt to light-blue sneakers, to which he added a quirk via his Etro navy and white paisley-printed tie.

Colin Firth: How could you not swoon over Colin Firth in his navy Dolce & Gabbana suit worn with an open white shirt and Clark Kent glasses to the 20th Century Fox Press Line during Comic-Con? 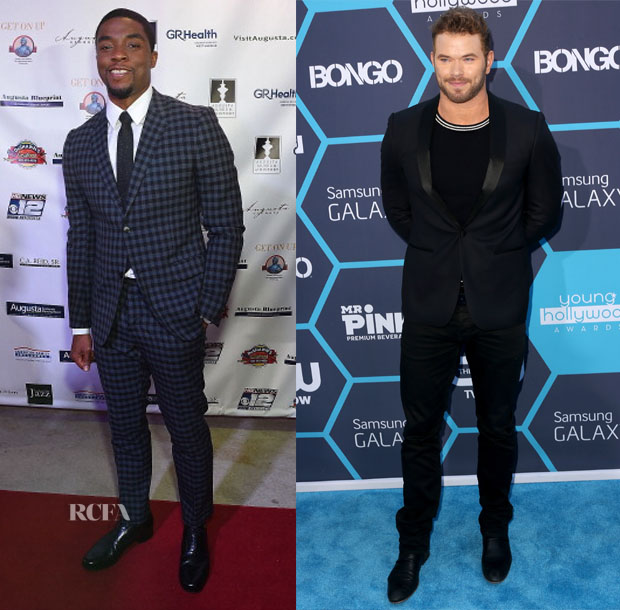 Chadwick Boseman: The ‘Get One Up’ actor attended the Augusta, Georgia premiere of his movie, looking very sharp once again wearing a Gucci navy checked notch-lapel two-button Signoria suit with a white dress shirt and a dark-grey silk tie topped off with Christian Louboutin ‘Trepeter’ shoes. 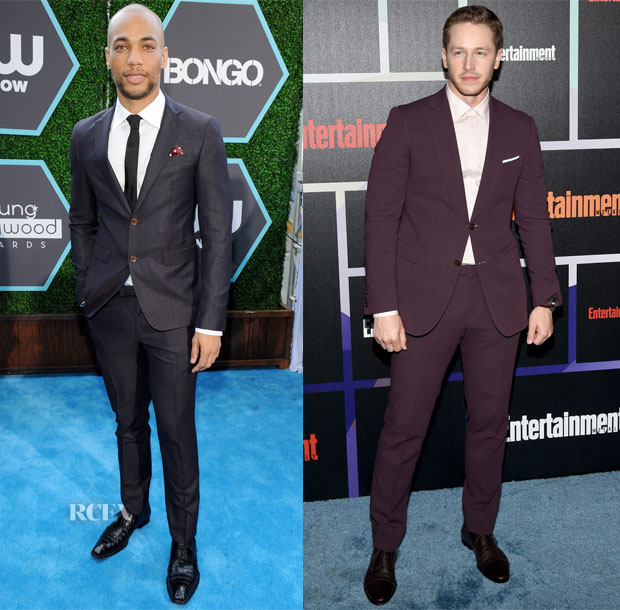 Kendrick Sampson: The ‘Vampires Diaries’ star showed off his suave style donning a dark-purple SAND Copenhagen suit given a pop of colour via his red and white polka-dot pocket square. 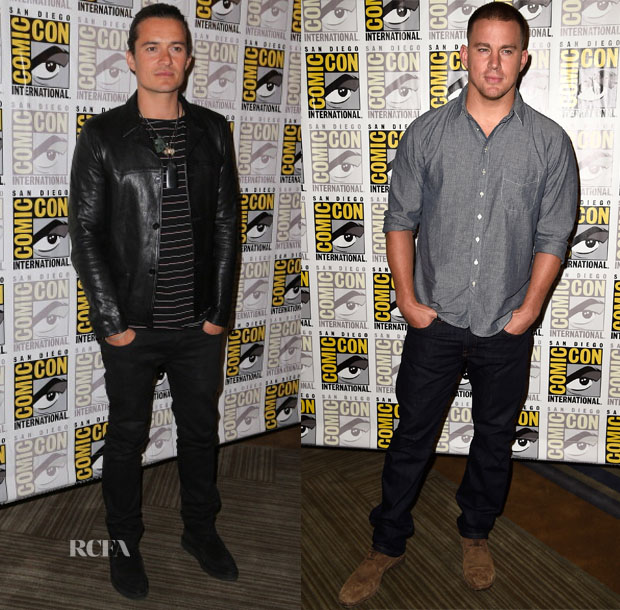