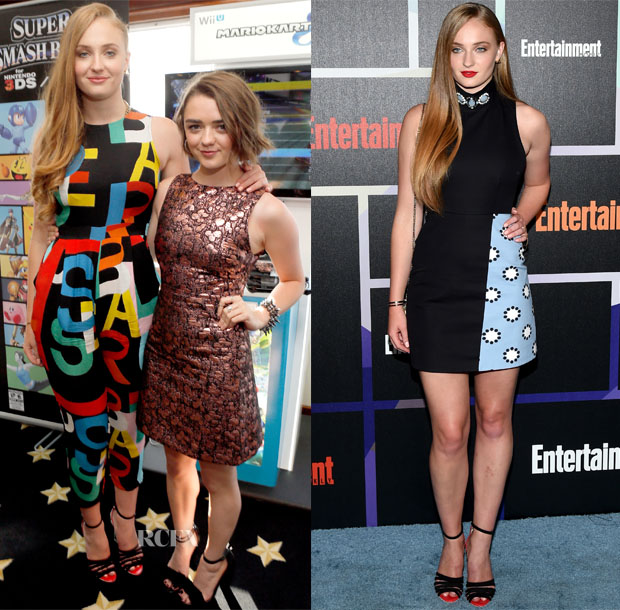 Sophie Turner attended Comic-Con 2014 in San Diego, California, where the ‘Game of Thrones’ actress opted for two playful looks over the weekend.

Entertainment Weekly’s Annual Comic-Con Celebration: Wearing the same black heels from the day before, Sophie switched up the rest of her look in a Matthew Williamson Fall 2014 black frock featuring a swatch of baby-blue printed paneling at the skirt. I keep wondering if that bright red lip may have been better suited to her jumpsuit, though. 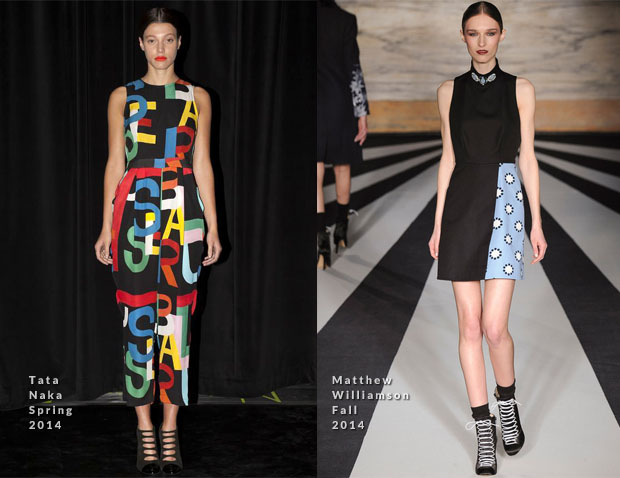 Rosario Dawson In Narciso Rodriguez – Comic-Con 2014: ‘SinCity: A Dame To Kill For’ Experience