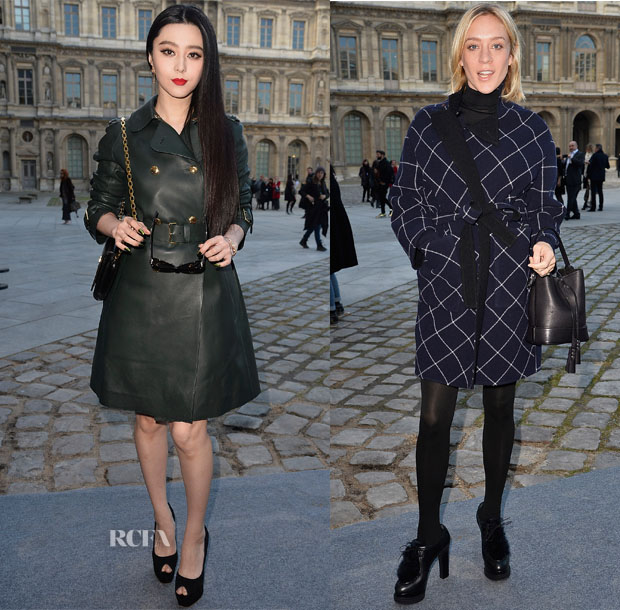 Designer Nicholas Ghesquière’s debut collection for Louis Vuitton Fall 2014 hit the Paris Fashion Week catwalk on Wednesday (March 5) at the Cour Carree in France. The Vuitton-dressed front row sat with bated breath to glimpse the new LV under Ghesquière, where skins, suede and leather rendered in retro-mod shapes took to the runway.

Fan Bingbing: A sophisticated, dark leather trench with brass buttons, mixed with an LV logo handbag and a pair of oversized shades, were the makings of a stylishly cinematic entrance by the Asian star—if only she could locate another pair of heels, other than her go-to super-platforms. Long, straight locks and a matte red lip completed her dramatic ensemble. 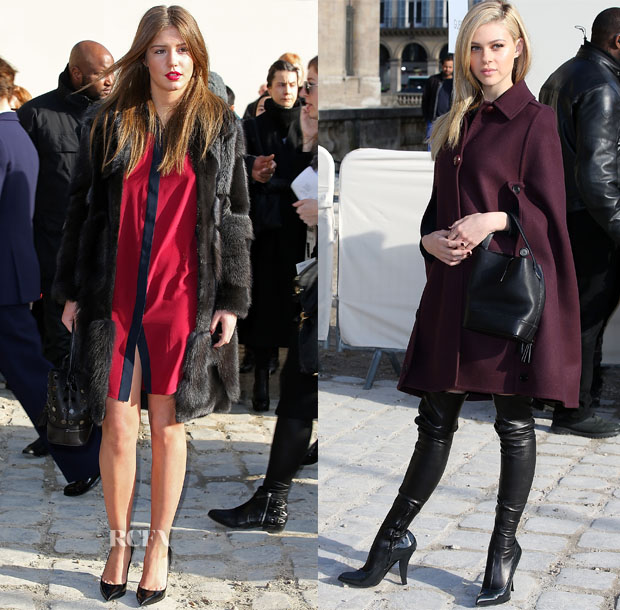 Adèle Exarchopoulos: Bundling up in a swath of fur, the French starlet wore a red and navy, colour-block shirtdress underneath her coat. Aside from that fur, she formalized the dress with black pumps and a scarlet lip.

Nicola Peltz: The ‘Bates Motel’ starlet made an uber-chic entrance, captivating us in a gorgeous aubergine cape coat and black over-the-knee boots. J’adore. 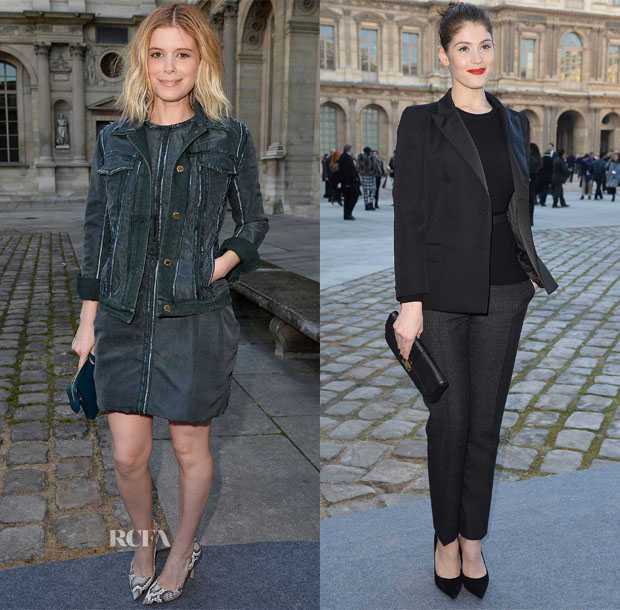 Kate Mara: Dressed in a teal-tinted dress and jacket ensemble, the actress tried out a dressed-up version of the distressed denim look. A matching clutch, along with snakeskin pumps, a wavy, side-parted bob and neutral makeup finished her edgier look.

Gemma Arterton: Donning polished, menswear-inspired separates, the British actress suited up in a black, double-breasted blazer, paired with a ribbed sweater and dark charcoal trousers. Black pointy pumps and an envelope clutch, alongside the pop of a bright red lip, topped off the mannish-modish look.