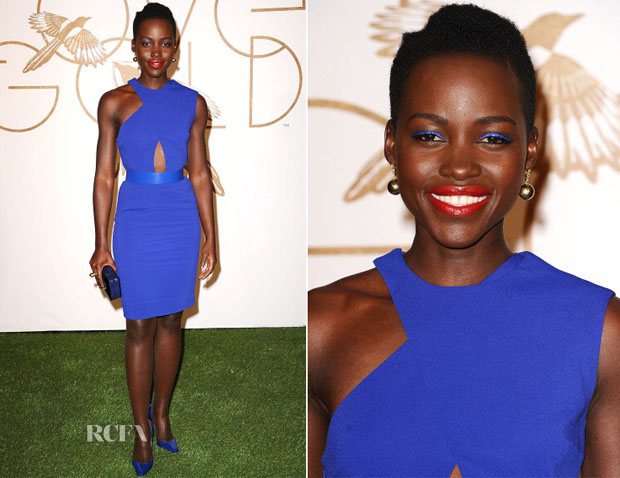 Lupita Nyong’o wowed on the red carpet as she was honoured by LoveGold at Chateau Marmont in Los Angeles on Wednesday, (February 26).

Proving once again that this is the woman who can pull off serious colour, Lupita wore a spectacular blue Stella McCartney dress with cut-out detailing and satin waist band.

But the highlight of this look has to be the striking blue eyeshadow. Normally this would be an instant fail but here it makes Luptia’s eyes pop. But what do you think, is it too much or do you agree that it’s great to see such a bold make-up look?

And now that we’ve seen her try out green at the 2014 BAFTAs and pink at the Chanel party, what colour will it be for this weekend’s Oscars?

Chloe Sevigny In Katy Rodriguez – ‘Those Who Kill’ Series Premiere