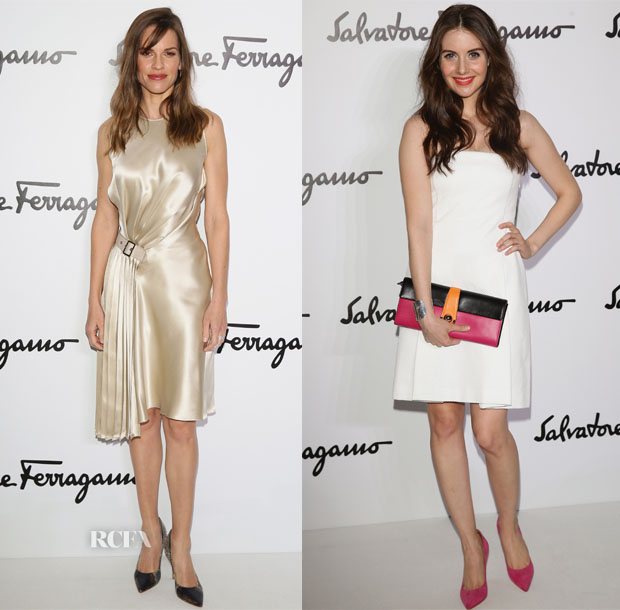 Just like the understated luxury seen on the runway, the front row at Salvatore Ferragamo’s Fall 2014 show was suitably elegant and star-studded and helped bring Milan Fashion Week to a close in true Italian style.

Alison Brie: Also wearing a top-to-toe look by the iconic Italian label, ‘Mad Men’ actress Alison Brie added a pop of spring to the front row. Opting for a Salvatore Ferragamo Resort 2014 white strapless pleated dress, Alison looked refreshingly modern and injected a welcome dose of colour with Salvatore Ferragamo pink suede heels and a Ferragamo pink, black and orange leather clutch. I think this is a great look for Alison and a great front row look for Milan. 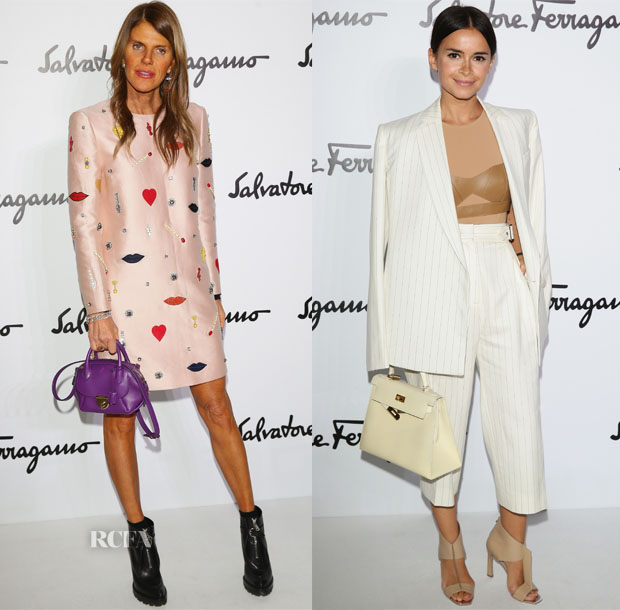 Anna Dello Russo: Following a string of flamboyant looks during the shows, Anna Dello Russo opted for a more restrained look for the final day of Milan fashion week in a Stella McCartney Resort 2014 dress. You may remember Kerry Washington wore this same dress to the Teen Choice Awards 2013, and I have to admit, I much prefer Kerry’s choice of footwear. Anna’s Stella McCartney boots are certainly statement-making but just far too heavy for this pretty dress. Anna’ Salvatore Ferragamo ‘Flamma’ bag however is on-trend in its mini size and adds some stylish colour .

Who Was Your Best Dressed At The NAACP Image Awards 2014?