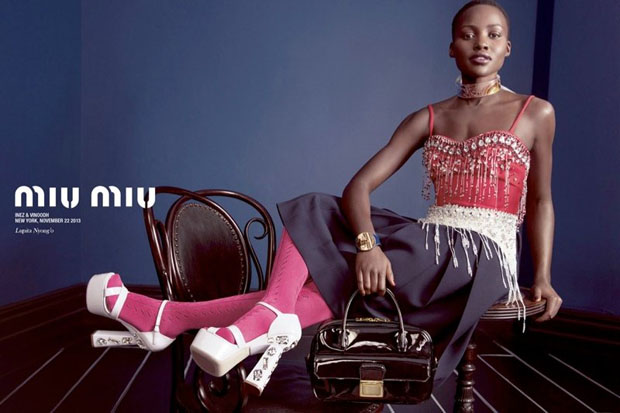 Lupita Nyong’o, who has been wearing a lot of Prada/Miu Miu lately; Elle Fanning, who wears the same dress we recently saw on Miu Miu’s Resort 2014 campaign girl; Lea Seydoux; Elizabeth Olsen, who sports super-long locks for the campaign; and Bella Heathcote, who is totally unrecognisable.

Apart from the mix of young talent, I love this campaign’s vintage-inspired styling. I have my eye on those Courrèges coats, cute thigh-high pop socks, and Olsen’s tan suede lace-up boots.

Inez Van Lamsweerde and Vinoodh Matadin shot the campaign back in November, just as the buzz around Lupita was bubbling.

Which campaign image do you favour? 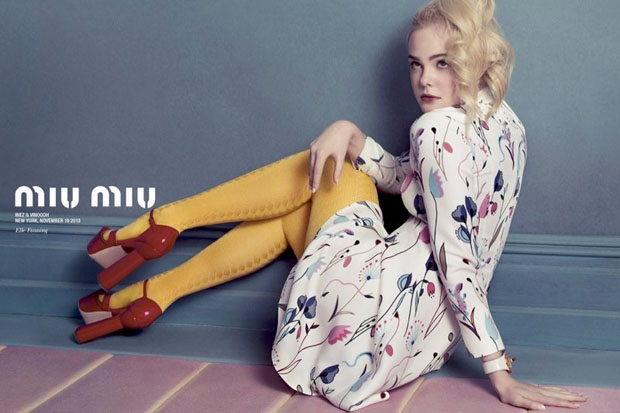 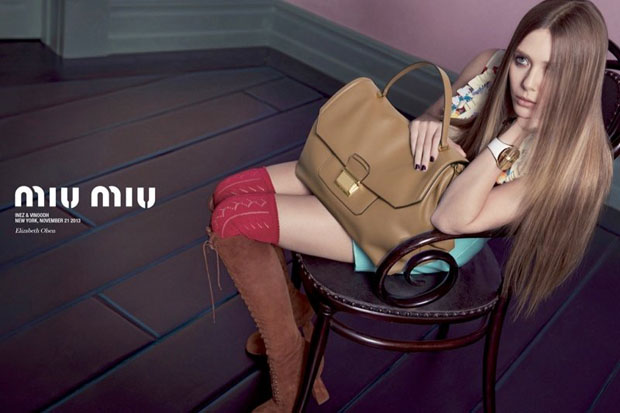 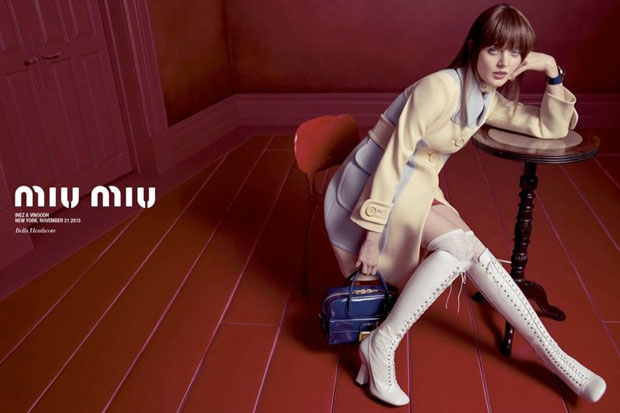