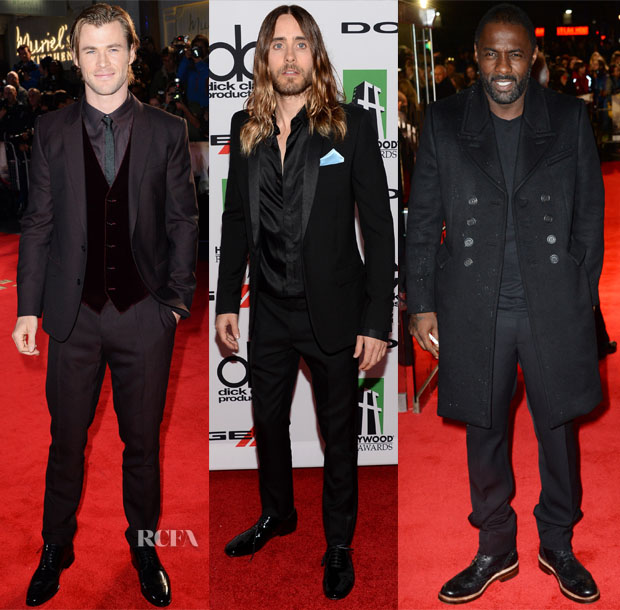 This week, the red carpets have been trod by a haute flurry of fashionable females. But a handsomely clad group of guys has also been on the scene.

Chris Hemsworth: The actor-stud showed up to the ‘Thor: The Dark World’ world premiere at Odeon Leicester Square in London on Tuesday. He paired his steely, baby blues with a richly hued, dark eggplant Dolce & Gabbana three-piece suit that certainly caught my eye.

Jared Leto: Taking a slightly more conservative turn, the entertainer was polished in an all-black Saint Laurent by Hedi Slimane ensemble at the 17th annual Hollywood Film Awards at The Beverly Hilton Hotel in California on Monday. His unbuttoned, tie-less shirt and the flash of his silk, sky-blue pocket square added the touch of attitude we’ve come to expect from Jared. 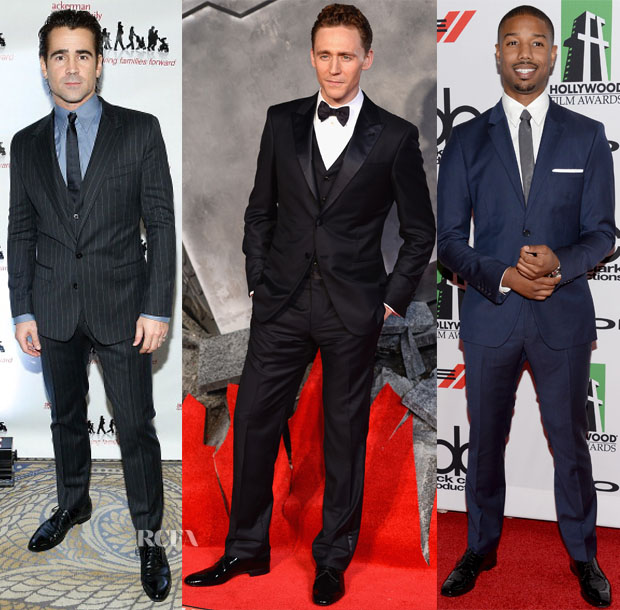 Colin Farrell: The actor buttoned up in a sleek Dolce & Gabbana three-piece, charcoal-grey pinstripe suit for the 2013 Families Moving Forward Gala at The Waldorf-Astoria in New York City on Monday. An intense blue shirt and skinny tie contributed more flair.

Michael B. Jordan: Also among the star-studded list at the Hollywood Film Awards, Michael was handsome in deep navy blue with his Calvin Kelin suit, paired with a crisp white shirt and grey skinny tie.