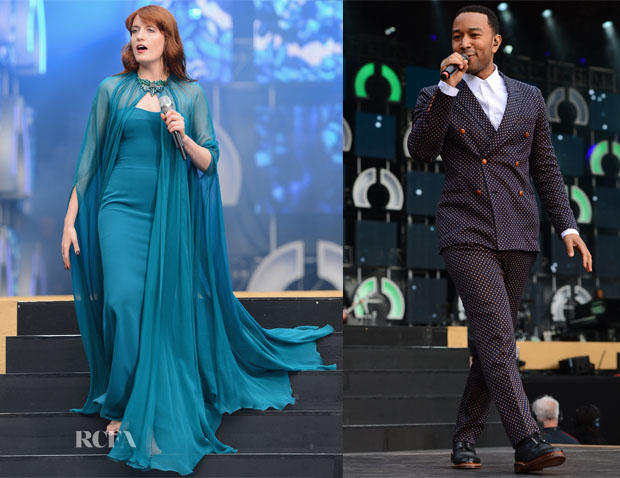 The ‘Chime For Change: The Sound Of Change Live’ Concert at Twickenham Stadium in London is still going strong this evening with several acts already taking to the stage.

Florence Welch: The British singer was dressed in a custom Gucci teal column gown that was styled with a billowing jewel accented cape, which has become her signature.

John Legend: The singer, who like many of the stars at this event, is a Gucci devotee, wore an orange micro-dot Gucci double breasted navy suit from the brands Spring 2013 collection. Both Mr Hudson and Dwyane Wade have been spotted wearing this same suit. 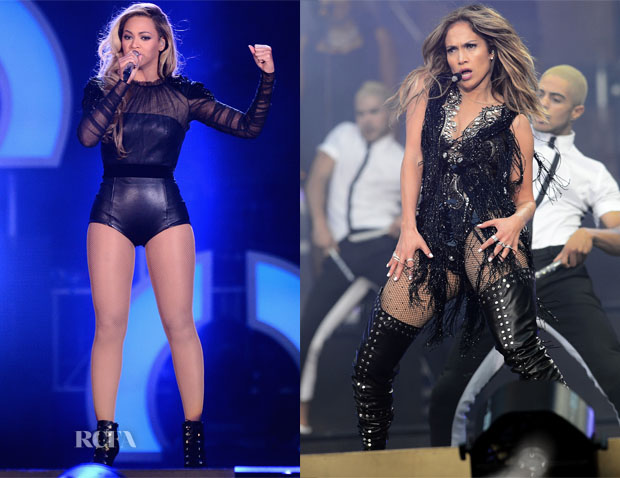 Beyonce Knowles: The singer wore a custom Gucci look featuring a leather bodysuit, as expected, with a sheer long-sleeve overlay which she styled with Stuart Weitzman booties she’s been wearing on her ‘Mrs. Carter’ tour.

Jennifer Lopez: I can’t even give this Falguni and Shane a pass as a performance outfit. There is just too much going on. On the plus side she is on-trend with her white hot mani. 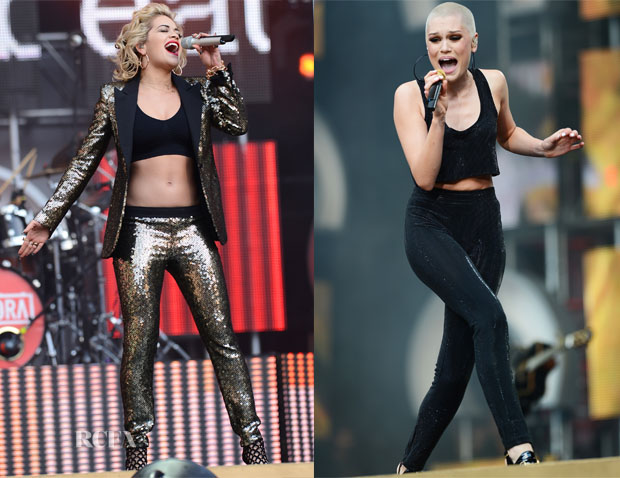 Rita Ora: The singer was rockin’ the crop top trend with a gold sequin suit.

Zoe Saldana In Gucci – ‘Chime For Change: The Sound Of Change Live’ Concert

20 Responses to Performers at The ‘Chime For Change: The Sound Of Change Live’ Concert