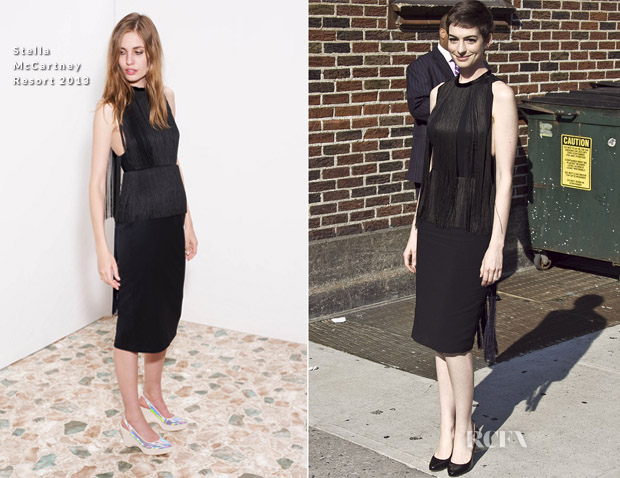 Anne Hathaway arrived at the Ed Sullivan Theater for her guest appearance on the ‘Late Show with David Letterman’ to promote her new movie ‘Dark Knight Rises’ wearing another black dress.

That’s three in a row, and the saying ‘third time’s a charm’ doesn’t apply here because I’m already bored by the promo tour.

I don’t hate her Stella McCartney Resort 2013 black dress with fringe details, but I’m bored by the repetition of black looks having been initially excited at the start of this promo tour.

Had she sexed the look up with some interesting footwear, I could’ve been persuaded, but the black pumps kill any hope of my considering this for BDOTW.

Love? Loathe? Bored? Over it?