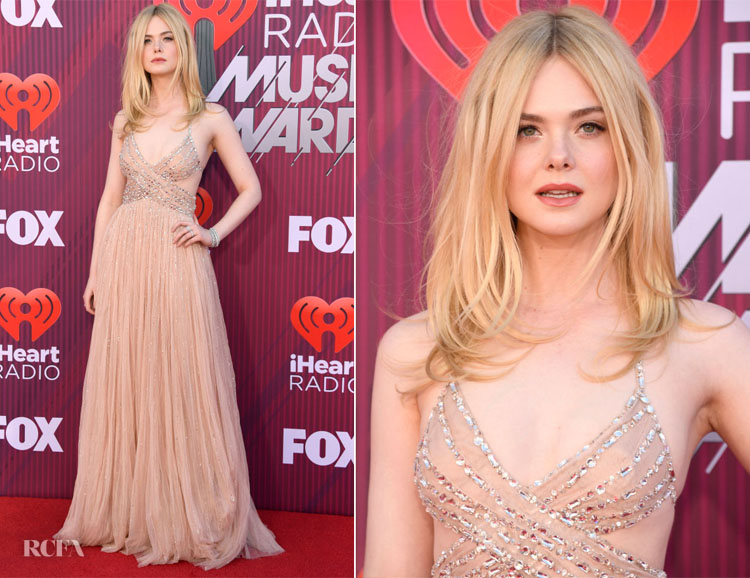 Elle Fanning brought her impeccable Hollywood style to the 2019 iHeartRadio Awards in LA on Thursday (March 14), where she rubbed shoulders the likes of Katy Perry and Taylor Swift.

If you were expecting the actress to go rogue and opt for a Julien Macdonald mini dress or a Versace slit to the hip-bone gown, you’ll be disappointed.

The actress presented her usual glowing style wearing one of her favourite designers; Miu Miu, in her favoured blush hue.

You’ll either be having a strong case of deja vu, or charmed by the whimsical nature of it all.

Styled with Tiffany & Co. jewels, I’m sitting in the latter.

Elle Fanning Was Enchanting In Gucci For...