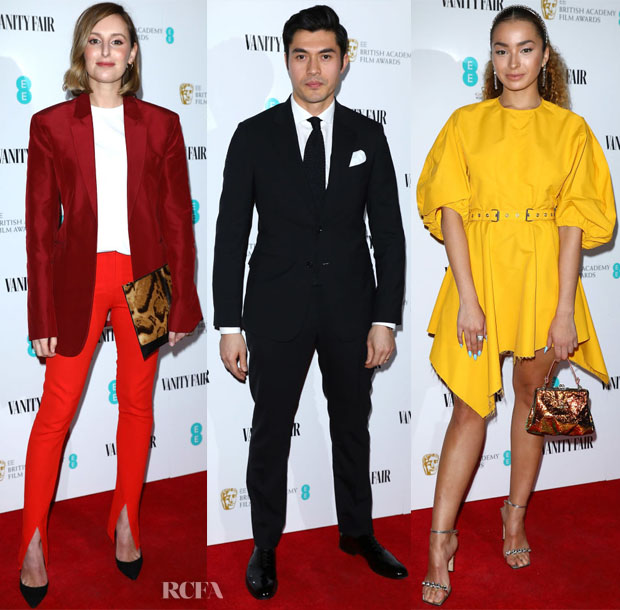 Laura Carmichael: The English actress embraced the clean lines of Victoria Beckham in a Spring 2019 ensemble, which was previously worn by Rosie Huntington Whiteley. The different colours and silhouettes might not be what some were expecting but it’s intriguingly off-kilter.

Henry Golding: The ‘Crazy Rich Asians’ actor cut a sharp figure in a monochromatic black suit and white shirt. It had timeless appeal.

Ella Eyre: She injected some sunshine in Marques’Almeida Spring 2019. The playful drama was heightened with a Vivienne Westwood bag and Sergio Rossi shoes. It’s not the best ensemble for the season, but we can’t fault its cheeriness. 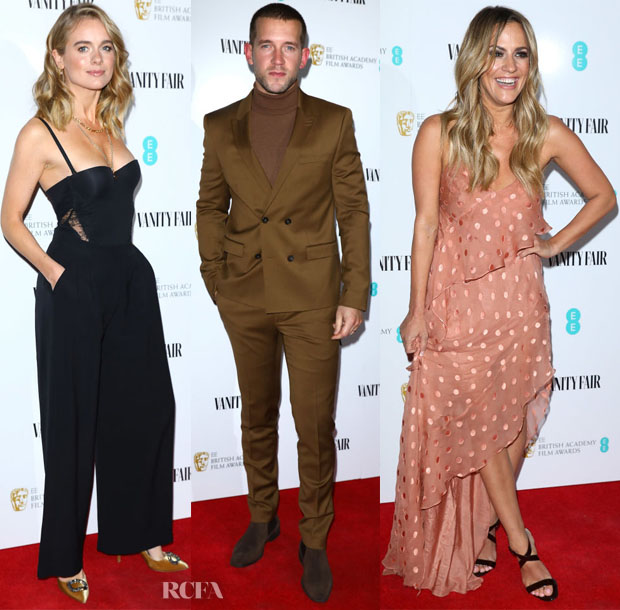 Cressida Bonas: The actress oozed sensual glamour in a body suit from La Perla paired with flowing trousers. Wearing lingerie as clothing can be tricky, but she perfected it. Rupert Sanderson ‘Malory’ pumps kept up the chic mood.

Nick Hendrix: The ‘Midsomer Murders’ actor was outfitted in The Kooples. The different shades of brown were very rich and complemented his colouring.

Caroline Flack: The presenter showed her spots in Michelle Mason. The black sandals are a bit strong against the blush pink tiers.

Stars In WilliamVintage @ The Glamour Wo...