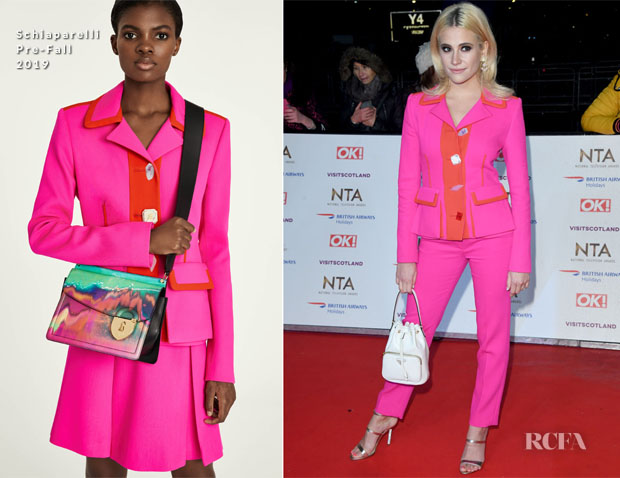 The singer opted to pivot back to the ’60s, rocking plenty of feminine attitude with Schiaparelli’s unabashedly girlie pink suit made all the more charming with its red trims.

Am I alone in feeling like the white Prada bag is very random?

It doesn’t seem to complement thing within the look, aside from being a sister of the brand. 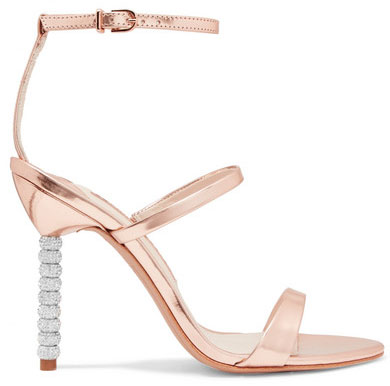 Posted by Catherine Kallon on January 23, 2019 In: Pixie Lott, Schiaparelli