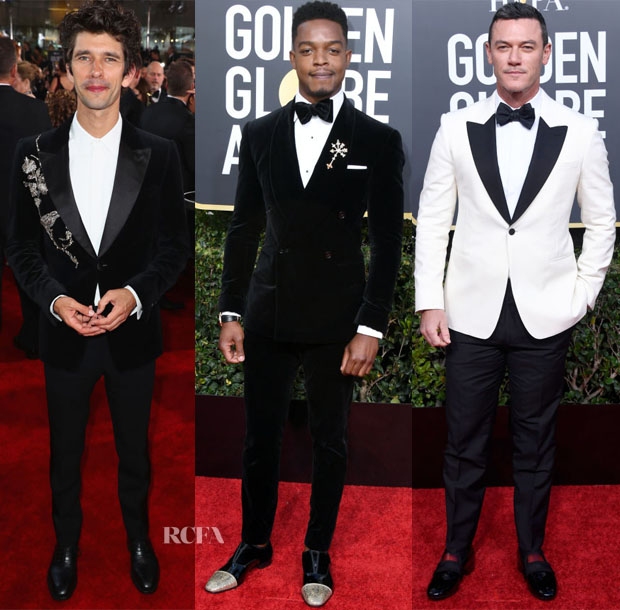 There were plenty of menfolk on the red carpet at the 2019 Golden Globe Awards on Sunday (January 6) in Beverly Hills, California, and I was delighted by the diversity of looks they offered up.

Ben Whishaw: Nominated for ‘A Very English Scandal,’ the actor was looking very fine in his Alexander McQueen embroidered suit styled so crisply with the dress shirt that you didn’t even miss the tie. 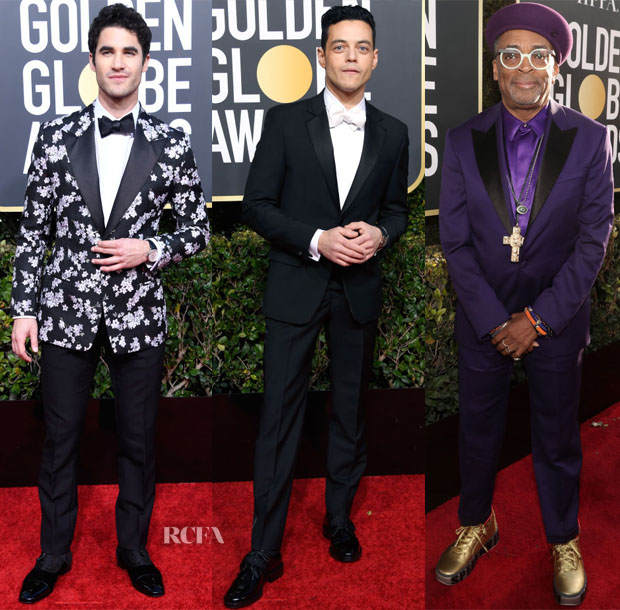 Darren Criss: Nominated for his work in ‘The Assassination of Gianni Versace: American Crime Story,’ Darren kept his love of a statement jacket going strong in this Dior Men boldly printed piece.

Spike Lee: Not one to ever be a shrinking violet, Spike would not be missed in this purple Atelier Versace suit. It was his accessories, though, that really took it over the top — from the hat, to the glasses, evil eye and cross pendants, and gold flatform shoes. It was an eyeful. 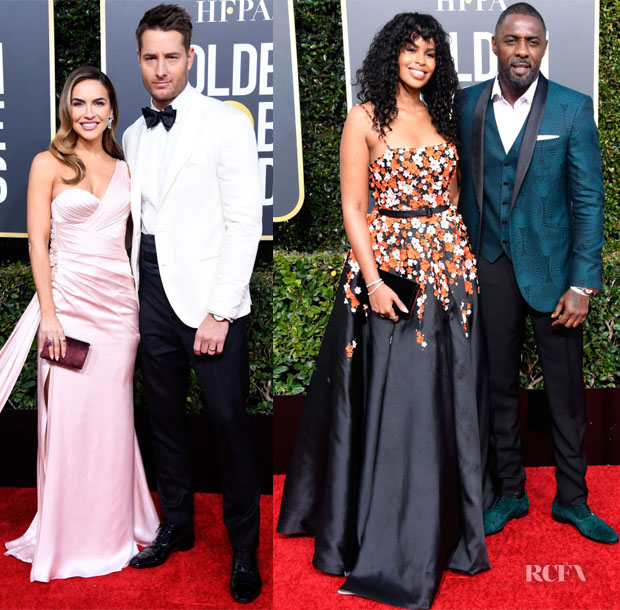 Justin Hartley: The ‘This Is Us’ heartthrob was ever so handsome in his Brunello Cucinelli ensemble, made all the more formal with the white jacket, cummerbund, and Christian Louboutin shoes. His wife, Chrishell Stause, was pretty in pink, donning a Romona Keveža gown.

Idris Elba: Attending with fiancée Sabrina Dhowre, Idris went down a matchy-matchy route with jacket, vest, and shoes. The emerald jacket would have stood on its own, though. 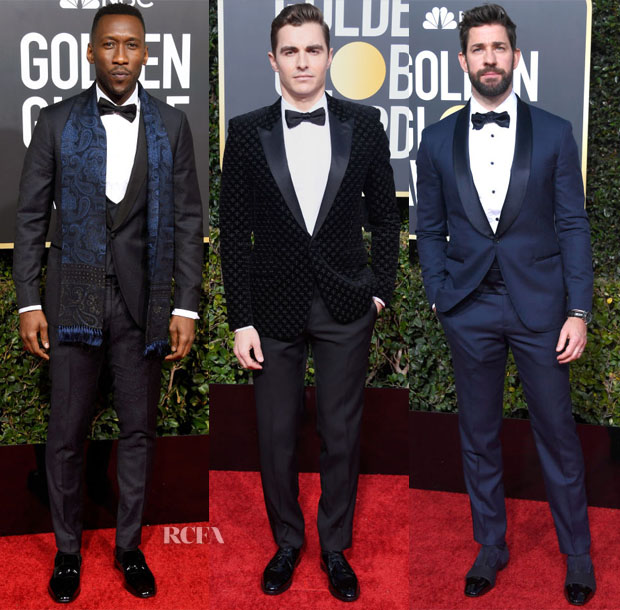 Mahershala Ali: The ‘Green Book’ actor and nominee relied on the characteristic patterns of the Etro label for an added splash to this tux via the scarf.

Dave Franco: Proving that you can never really go wrong with an ultra-classic look, this Saint Laurent tuxedo was all that and more. Can we just talk about how fetching he looks.

John Krasinski: Also wearing a Brunello Cucinelli tux, John opted for a midnight-navy look to stand out from the suited crowd. 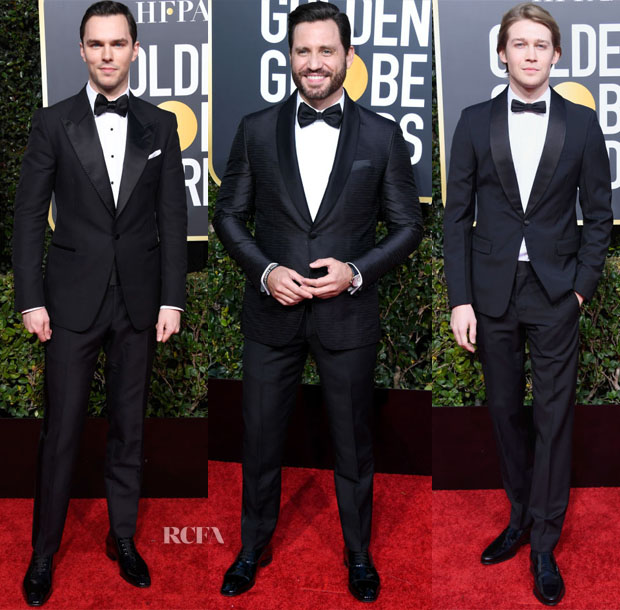 Nicholas Hoult: The timeless tux came out for another spin, this time in a slim-fitting version by Tom Ford.

Edgar Ramirez: Also a nominee for ‘The Assassination of Gianni Versace: American Crime Story,’ Edgar dressed up his look by wearing a suit with some serious sheen factor.

Joe Alwyn: The neat, narrow lines of the Prada label are well-suited to Joe’s slimline frame. 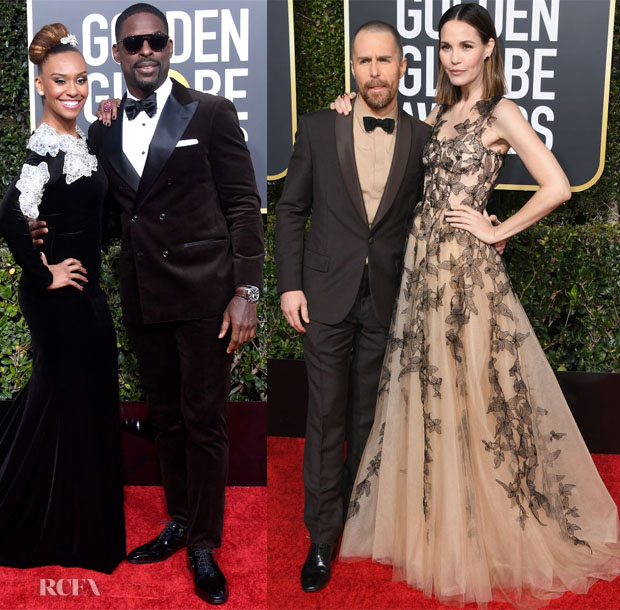 Sterling K. Brown: I could do without the shades, but the rest of the ‘This Is Us’ actor’s Brunello Cucinelli double-breasted tux was pretty suave. He walked the red carpet with his lovely wife, Ryan Michelle Bathe. 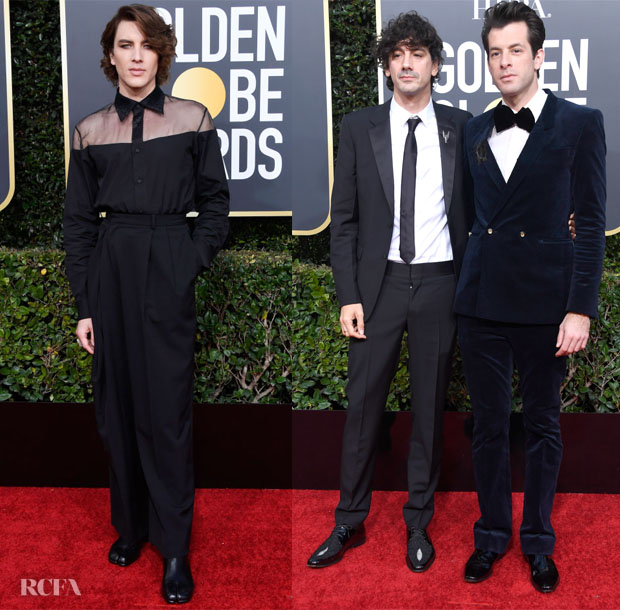 Mark Ronson: You can always rely on Mark to serve up something that is elegant, yet cool at the same time.