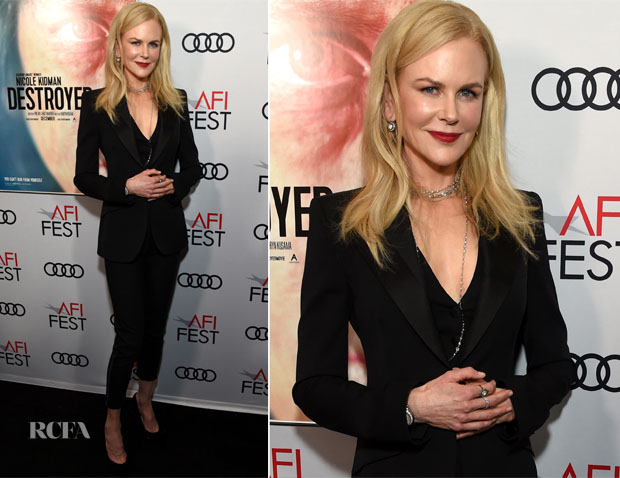 Following her London Film Festival suiting option in Armani Prive, the actress opted to suit up again in Dolce & Gabbana.

While this is a feminine take on refined sartorial style that is truly flattering, I was left gasping for more.