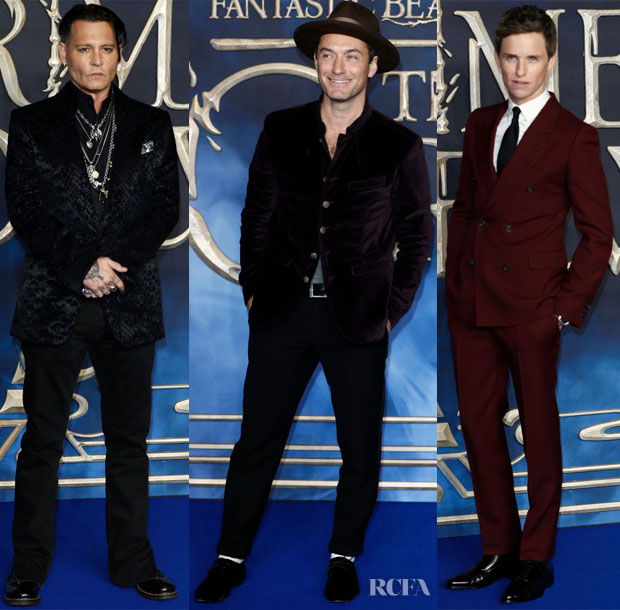 Ezra Miller wasn’t the only actor to take to the red carpet for the London premiere of ‘Fantastic Beasts: The Crimes Of Grindelwald’ on Tuesday (November 13).

Johnny Depp: After being absent from the Paris premiere last week, the actor delighted fans at the London premiere. Black usually doesn’t excite me , but I’m obsessed with the devoré detailing on his Tom Ford blazer. This piece gives the rest of his look which included Levi jeans, an Anto shirt and Doc Martens, an instantly luxe and cool feel. A selection of signature jewels from Rona Pfeiffer completed his look.

Jude Law: While this look seem perfect for lunch in a gastro pub in Primrose Hill, it’s lacking finesse for a major movie premiere.

Eddie Redmayne: The actor was designer-twinning with his wife Hannah Redmayne, as he was also wearing Alexander McQueen. The Fall 2018 double breast suit was typically a refined outing, boasting a decadent feel thanks to the burgundy hue. 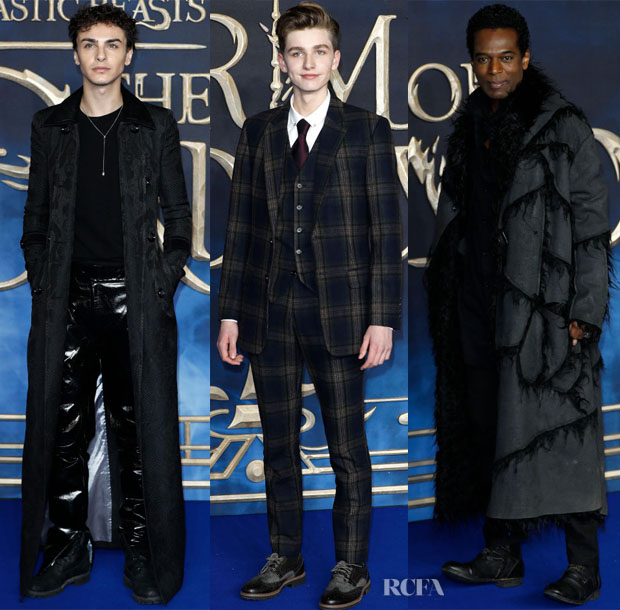 Stevie Ruffs: The young actor looks to have been channeling his inner Neo from The Matrix in Malan Breton’s coat and trousers.

Joshua Shea: I love the mix of traditional and contemporary menswear options on this red carpet. In this three-piece plaid suit, Joshua sits firmly in the former.

William Nadylam: I adore this coat. It feels like such a manly, arctic piece. 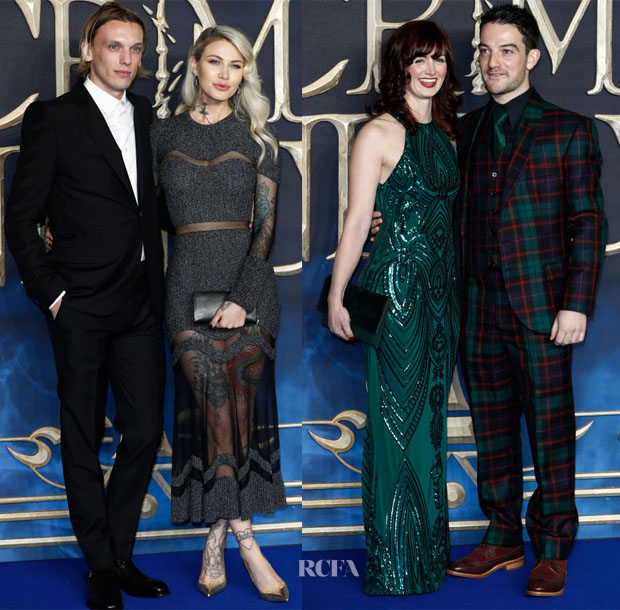 Jamie Campbell Bower and Ruby Quilter: The couple were also twinning in Alexander McQueen. He was looking sharp in his tie-less look, while Ruby picked the perfect piece to showcase those tattoos.

Lori McColl and Kevin Guthrie: Am I the only one charmed by this festive duo?

Chase The Sun With NET-A-PORTER