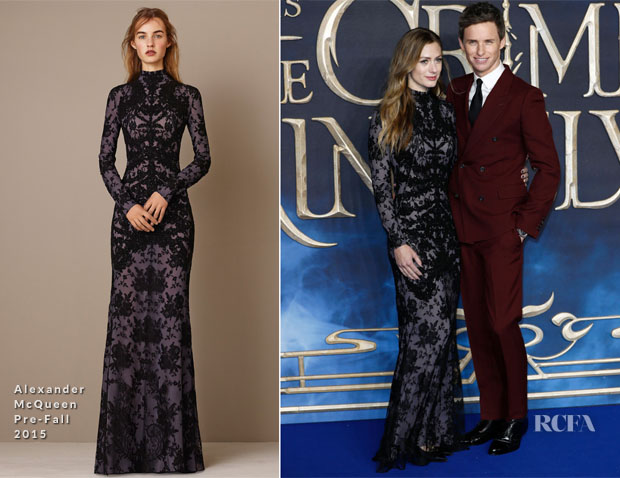 The Redmaynes attended the premiere of ‘Fantastic Beasts: The Crimes Of Grindelwald’ at Cineworld Leicester Square on Tuesday (November 13) in London.

It would appear that Hannah Redmayne’s fashion choices are geographically based.

When in Paris wore Christian Dior Haute Couture, in London, it was Alexander McQueen.

After going down the big gown route, she opted for something more bewitching on this occasion, with the intricate lace forming almost a skeleton figure on the top half.

Opting not to play up the gothic nature of the dress, she kept her tresses loose and wavy, with just a touch of lippie completing her look.