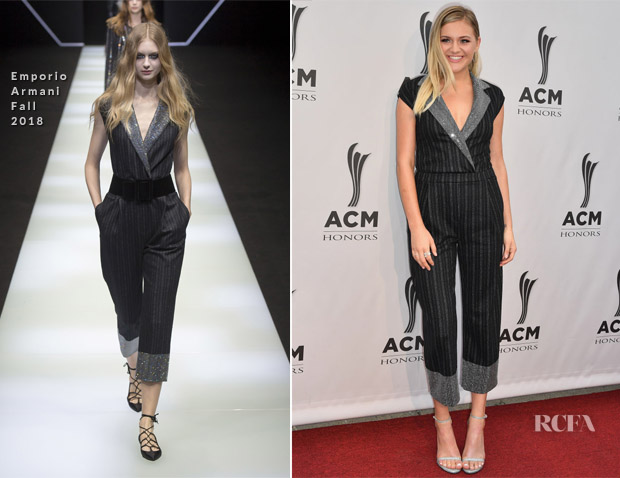 Kelsea Ballerini was back on the red carpet for the 12th Annual ACM Honors on Wednesday (August 22) in Nashville, Tennessee.

The above ankle trouser length allowed Kelsea to add sparkling Stuart Weitzman heels which complement the embellished detailing on her lapels and cuffs.

Kelsea’s beau Morgan Evans was also decked out in Emporio Armani. Some of you object to guys wearing men sneakers on the red carpet, but how did Morgan’s ECCO pair fare?