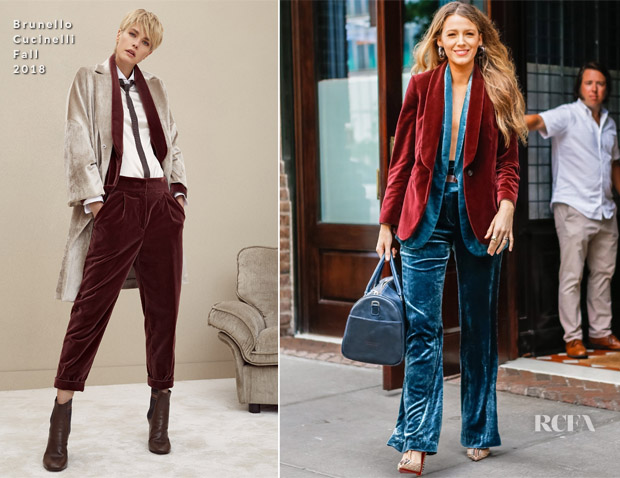 Blake Lively was spotted leaving her hotel en route to a photo shoot in New York City today (August 17), and it would appear that she’s over summer dressing if this Brunello Cucinelli three-piece look is anything to go by.

For the last two summers we have witness an really strange velvet trend on the red carpet.

Even the fellas are getting into summer velvet mood, but Blake took things further with not one, but three pieces of velvet, which saw her layer her blazers – but she did keep things breezy by going braless though.

Now, you know I have a mild obsession with Blake Lively, so you may feel I’m being biased when I say I love the look.

Not only for the luxe autumnal feel, but also for the ’70s inspired vibe get from her striking shade of those petrol blue trousers.

Would love it more in September when temperatures call for this heavy fabrication?

Absolutely, but she’s rocking it now. 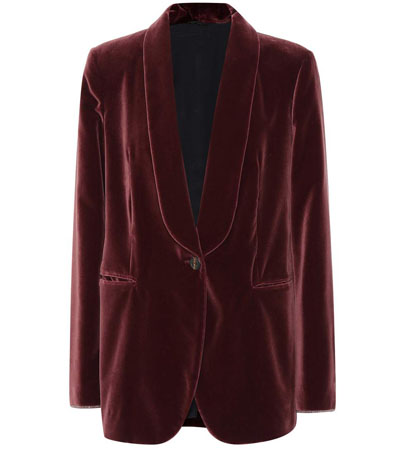