Awkwafina joined her co-stars Kris Aquino, Constance Wu and Michelle Yeoh by making a dramatic entrance onto the red carpet for the premiere of ‘Crazy Rich Asians’ on Tuesday (August 7).

The rapper naturally has that b-girl persona going on, but she does love ultra feminine gowns, as showcased once again in Reem Acra Pre-Fall 2018.

Her dusty-pink satin gown is lovely; worthy of major premiere.

I adore the red satin bow offering a pretty pop of contrast – complemented by the clutch and her lip colour – but this is the one occasion where I would advocate wearing the highest of platforms, as I feel like she needed one or two more inches on her Giuseppe Zanotti ‘Betty’ sandals to perfect this look. 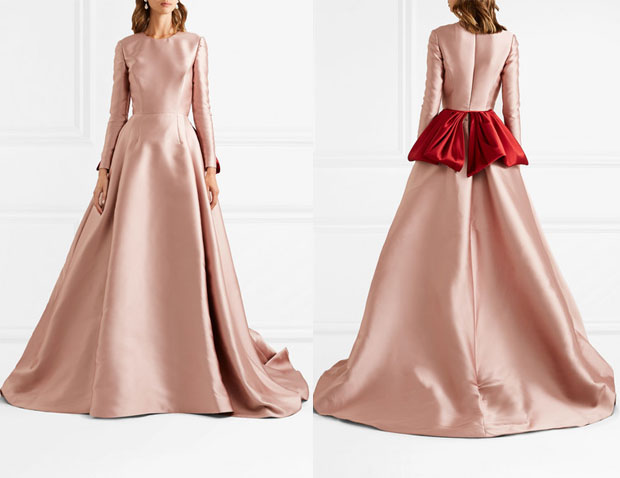 Awkwafina Wore Valentino To The ‘Juman...