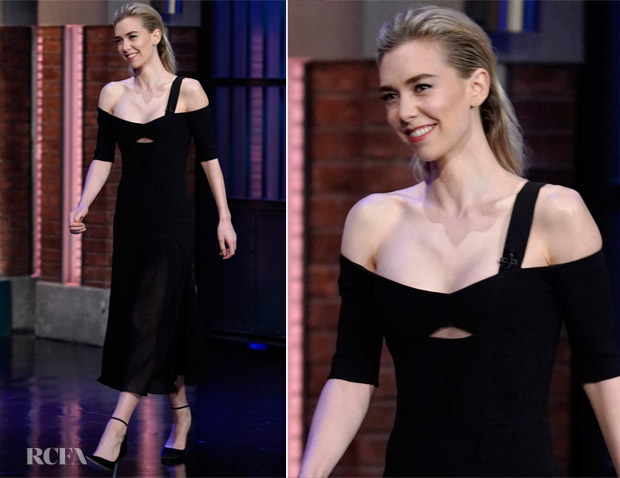 Vanessa Kirby, who plays the rebellious young Princess Margaret in seasons one and two of ‘The Crown’, made appearance on Late Night with Seth Meyers on Thursday (June 14), where she talked about how she almost lost the role because of a self-tanning incident.

There was no self-tan evident when she donned her latest look from Gabriela Hearst’s Fall 2018 collection.

Gabriela Hearst has accrued an enviable list of celebrities fans thanks to her ability to transform simple cuts into something truly special.

Take this midi dress for example.

It’s flatters, the off-the-shoulder detail is given extra drama with the single strap, plus the silhouette is framed a cheeky central cut-out.

While there as a pop of colour via her lips, the silky black elegance continued to her Rupert Sanderson ‘ Balance ‘ ankle strap pumps.

Katie Holmes Was Gorgeous In Gabriela He...