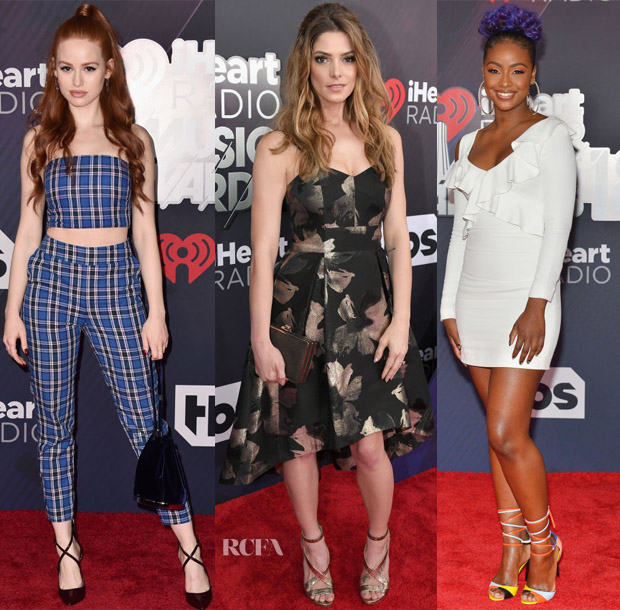 The was plenty of shimmer and sass at the 2018 iHeartRadio Music Awards on Sunday (March 11) in Inglewood, California, where celebrities joined Hailey Baldwin and Iggy Azalea.

Madelaine Petsch: The ‘Riverdale’ actress opted for L’atiste by Amy coordinates and a Tyler Ellis clutch. At music awards shows almost anything goes, but this doesn’t feel quite right for the event. The accessories are enhancing the disjointed impression. The co-ords would have been cute at a photocall.

Ashley Greene: Projecting a darker mood, the actress wore a Shoshanna dress printed with metallic blooms. The flared frock was a change of pace from the usual slinky gowns, but I can see some taking issue with the prom feel.

Justine Skye: The singer brightened up the carpet in a Cushnie et Ochs dress with Pierre Hardy ‘Parade’ sandals and Area earrings. It was a fun look with her purple bun playing off the contrasting colours in the shoes. 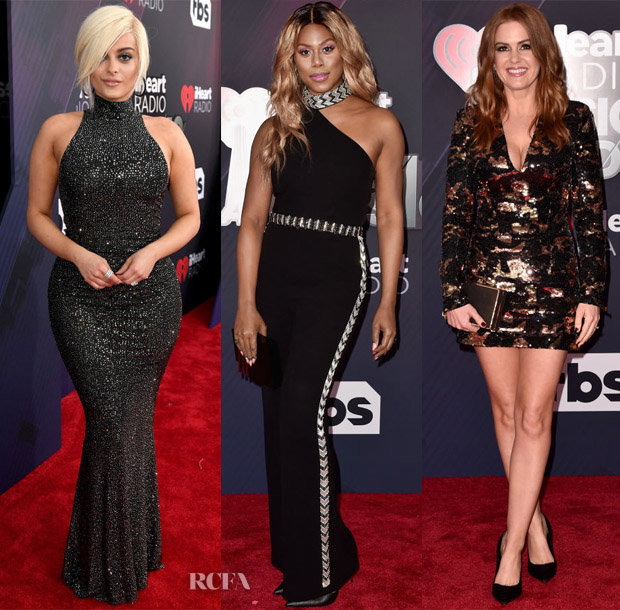 Bebe Rexha: The singer sizzled in an August Getty Atelier Fall 2018 gown. It definitely fit into her wheelhouse which is probably why I have a strong sense of déjà vu. If the gown was in a different colour, it would have had more impact as she has worn a number of shimmering back dresses.

Laverne Cox: I was struck by the sleek disco leanings of this asymmetrical Rachel Zoe ensemble that it took me a second to realize the ‘Orange is the New Black’ actress was in a jumpsuit. It was a surprise departure from her dramatic gowns, but one I would like to see more often. Jewels by AS29, Gilan and Anil Arjandas completed her look.

Isla Fisher: The actress embraced the drama of Balmain with a glistening mini. The way the metallic fabric picks up her auburn hair is striking. The long sleeves balanced out the plunging neckline and thigh-high hemline. 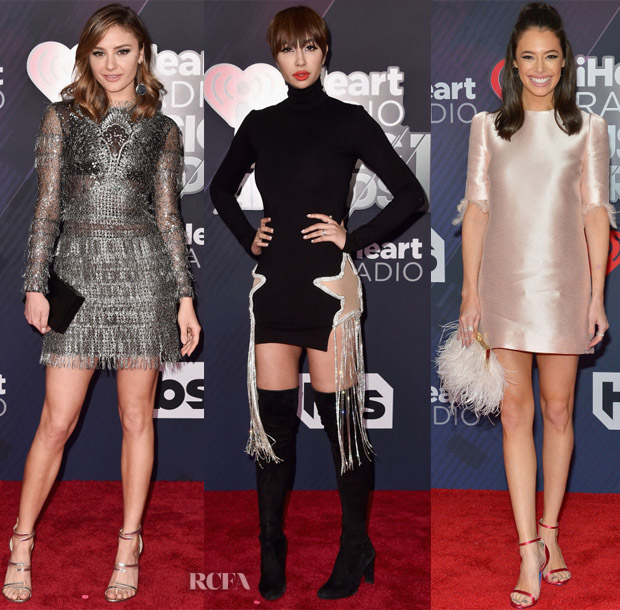 Christine Evangelista: Another one in a mini dress, the actress glistened in J. Mendel. Given the rich detail on the frock, she was wise to keep her accessories simple with the Lee Savage ‘Space’ clutch, Jenny Bird jewels and metallic sandals. The dark clutch also ties in the darker lining.

Jackie Cruz: Not afraid to make a statement, the actress showed some skin in Death By Dolls. The red carpet has been fatigued by cutouts but these fringed star panels are unique. Where they are let down is with the placement and the pointed shape they create on the front.

Chloe Bridges: The former ‘Pretty Little Liars’ star projected a mod mood in Landero Spring 2018. The textural contrast of the kate spade new york ‘Evening Belles Feather Elliana’ bag against the opalescent dress might not have the overall impact of some of the other bolder styles, but it was still a sweet turn. 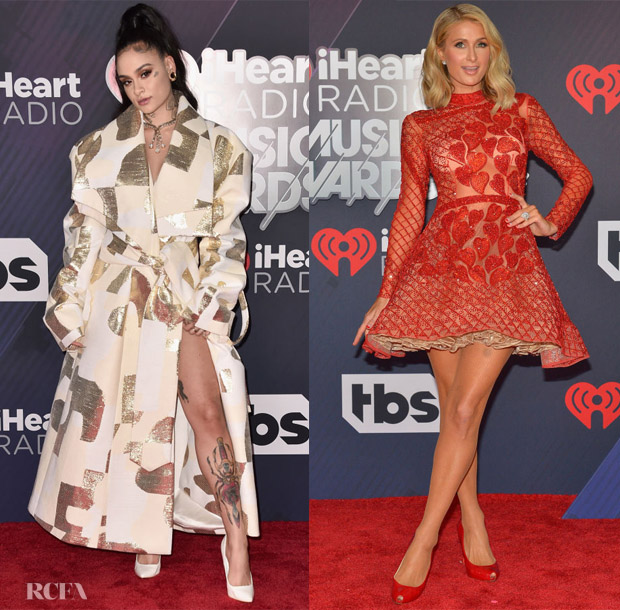 Kehlani: The ‘Nowhere Fast’ singer balanced out the voluminous silhouette of her August Getty Atelier Spring 2017 coat by exposing some leg. It added some sex appeal and prevented the oversized metallic number from overwhelming her.

Paris Hilton: The heiress put on a sweet front in a Charbel Zoe dress. Some might find it feels out of place for the event. I wasn’t so much bothered by the romantic sentiment of the look as it’s in keeping with her choices of late, but what I cannot forgive are the obvious white bra cups.