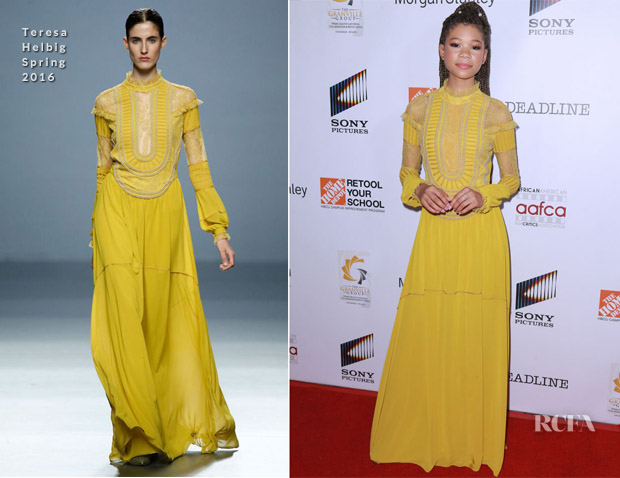 I was already smiling when I saw that the young actress was attending the event, but my smile grew wider when I got a glimpse of her in this joyous Teresa Helbig Spring 2016 gown.

She way a ray of sunshine with the warm tones of her dress radiating happiness and enhancing her complexion.

The eye-catching hue also brought a youthful vitality, toning down the severity of the high neckline.

Many have taken issue with sheer elements, but the organza panels worked in her favour as they stopped the colour from becoming overwhelming and helped soften the Victorian details on the long-sleeved style.

Margot Robbie Wore Khaite To The ‘...