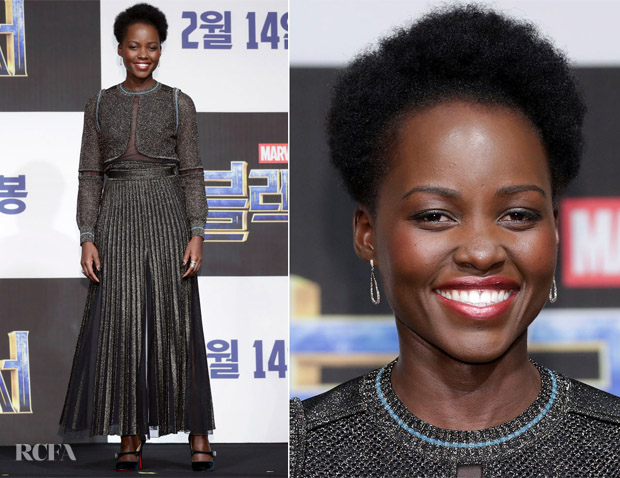 Before the London premiere on Thursday, the cast of ‘Black Panther’ headed to South Korea to promote the film in Seoul today (February 5).

Press Conference: Some might look at this Elie Saab black and gold lurex sweater and matching pleated skirt and feel a bit underwhelmed, but that’s probably because we’re so used to seeing the actress in bold colours. I love how the pleats create drama with every sway and that we’re seeing a variety of styles from Lupita during this promo tour. Jewels from EFFY and Sara Weinstock, plus emerald Christian Louboutin ‘Booton MJ’ velvet pumps accessorized her look. 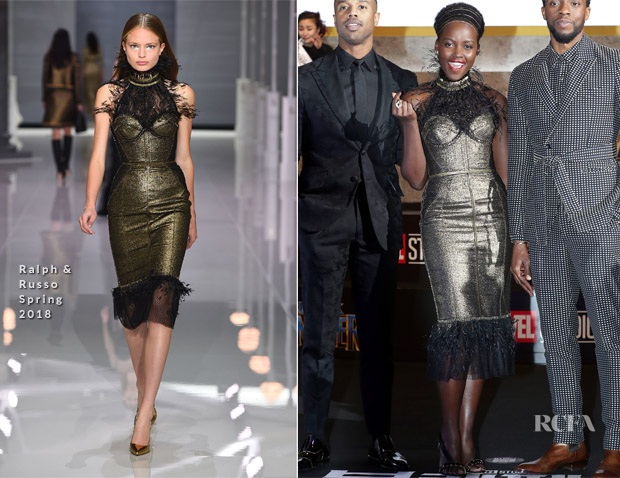 Premiere: I think it’s safe to say that Lupita’s red carpet M.O. for Seoul was shimmering metallics, as the theme continued into the premiere wearing a bustier dress from Ralph & Russo’s Spring 2018 collection. While the silhouette remains classic, it’s the feathered neckline which gives the look some avant-garde elegance. Olgana Paris ‘Amazone jewel’ sandals and a gold headband completed her stunning look.