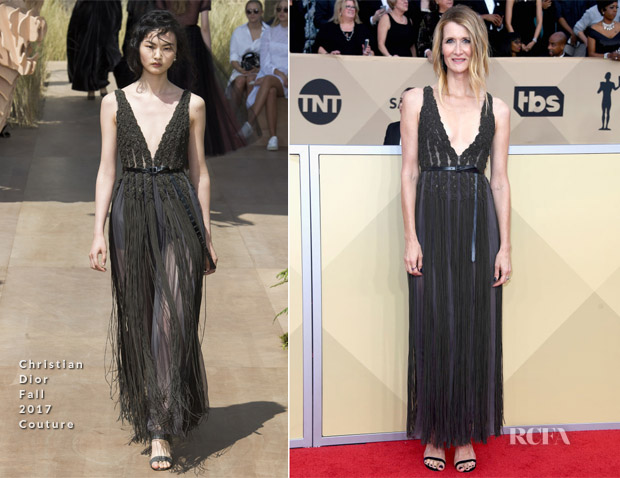 The Outstanding Performance by a Female Actor in a Miniseries or Television Movie nominee was outfitted in a Christian Dior Fall 2017 Couture dress.

My inclination is that this would have been better suited to a performance piece where we could see the fringe in motion — like we saw on the runway.

I’m afraid that the details on the dress will largely be lost in static photos.

Of course, I am sure many will say they’ve seen enough of the sheer fabric and the visible briefs already.