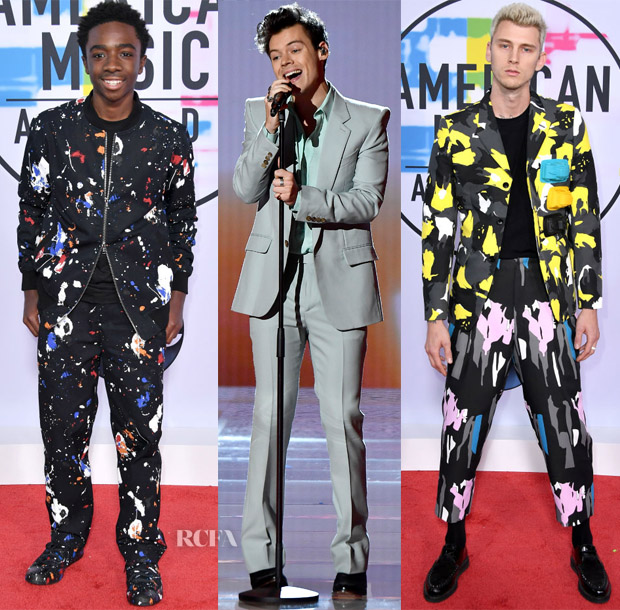 There were so many great menswear looks to take the red-carpet stage over the weekend.

Caleb McLaughlin: At the ripe age of 16, this ‘Stranger Things’ star is showing his incredible flair for style in this 3.1 Phillip Lim paint-splattered ensemble at the 2017 American Music Awards on Sunday (November 19) in LA. I love how he fully committed to the look, right down to the shoes—and that this is both youthful and fashion-forward at the same time.

Harry Styles: At the 2017 Victoria’s Secret Fashion Show on Monday (November 20) in Shanghai, China, Harry did what he does best combining retro and modern style influences in this Givenchy Spring 2018 mint suit and matching silk shirt paired with Givenchy boots.

Machine Gun Kelly: This Comme des Garçons ensemble took the abstract, paint-splattered effect to even greater lengths at the American Music Awards. But, despite the exaggerated elements, the effect came off as directionally cool rather than comical. 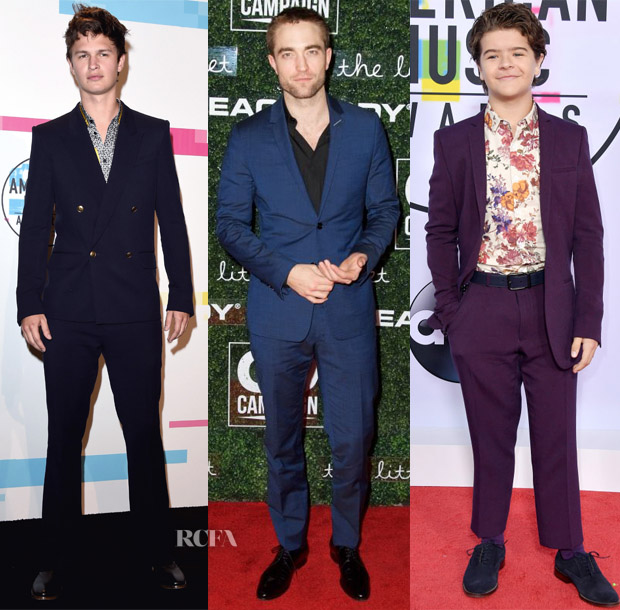 Ansel Elgort: I love how the double-breasted detail of this Givenchy suit gave it a special flair along with the unbuttoned, patterned shirt.

Robert Pattinson: At the 2017 Go Campaign Gala on Saturday (November 18) in LA, the actor donned a Dior Homme suit that would have been more striking with a better fit.

Gaten Matarazzo: The ‘Stranger Things’ actor couldn’t have been more endearing than in this ASOS eggplant suit styled with a retro-print floral shirt. 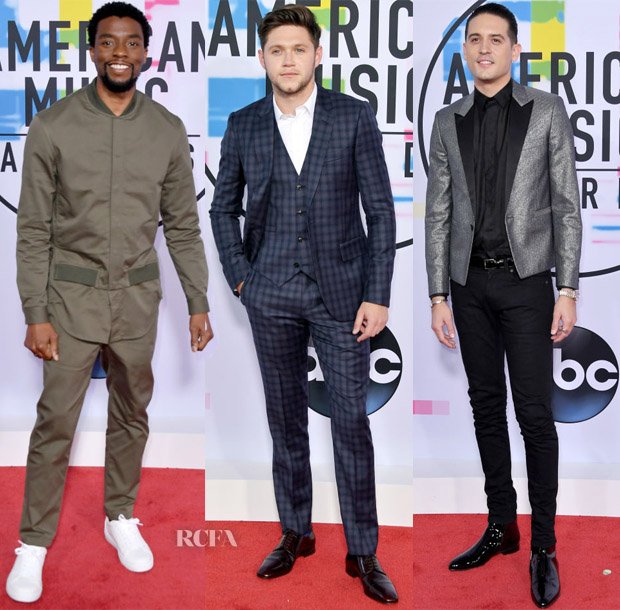 Chadwick Boseman: He was your best-dressed last week in his suave suiting, but this week saw him take a different approach in an army-green, athleisure-forward 3.1 Phillip Lim ensemble with Buscemi trainers to the American Music Awards.

Niall Horan: Dapper is the first word that came to mind when I saw Niall’s plaid Paul Smith three-piece suit at the American Music Awards.

G-Eazy: Whereas ‘prom king’ are the first two words I think of with G-Eazy’s Saint Laurent by Anthony Vaccarello ensemble at the American Music Awards. Naturally, it also had a certain rock-star edge, as we’d expect with the label. 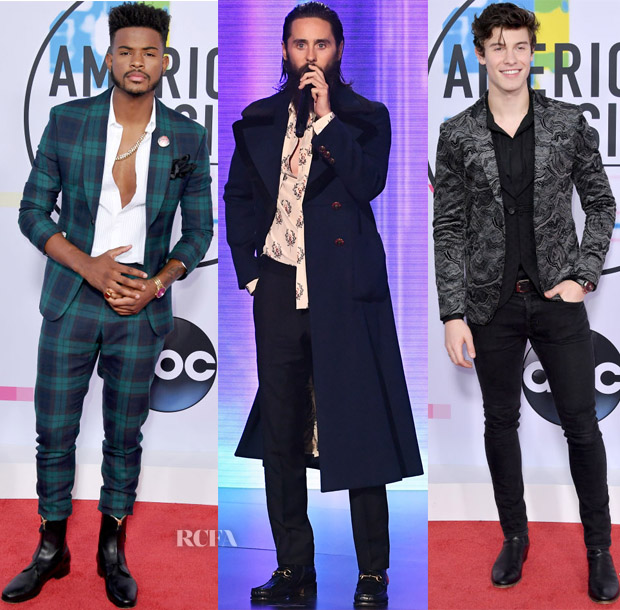 Trevor Jackson: Plaid also got some air time in this ensemble at the American Music Awards that perhaps looked a bit snug—albeit intentionally so.

Jared Leto: No surprise that the actor was wearing Gucci at the American Music Awards, but some may be relieved that the decorative patterning was contained to just the shirt.

Shawn Mendes: I love how Shawn’s statement jacket brought an element of pizzazz to this Emporio Armani all-black ensemble.