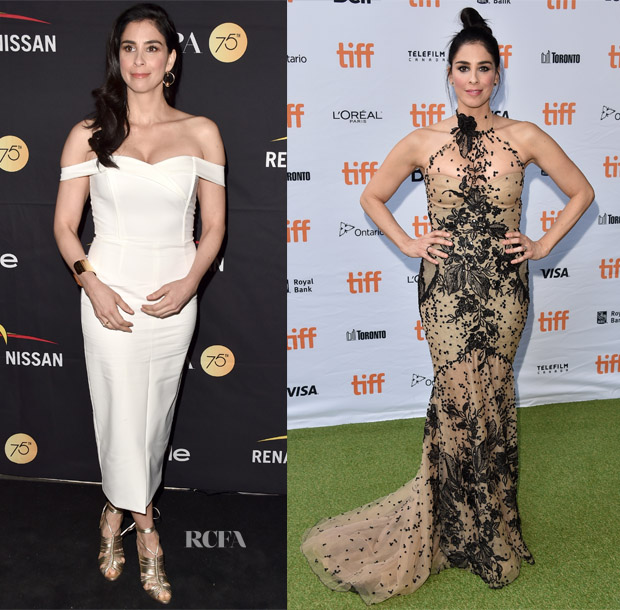 Sarah Silverman did double duty at the Toronto International Film Festival. First, the performer attended the HFPA & InStyle Celebration of TIFF on Saturday (September 9). Later, she joined Emma Stone and Andrea Riseborough at the ‘Battle Of The Sexes’ premiere on Sunday (September 10).

HFPA & InStyle Celebration of TIFF: Sarah further proved white dresses are a key player at TIFF 2017 with a Lavish Alice Fall 2017 number. She enhanced the glamorous vibe of the ankle-length frock with gold Sarah Flint ‘Ivy’ heels, golden jewellery and waves cascading over one ear.

‘Battle Of The Sexes’ Premiere: For evening, she kept the glamour but increased the party factor with Galia Lahav Couture. While her co-stars went for shorter silhouettes, Sarah championed a maxi gown festooned with lace appliqués. I appreciate the ensemble’s spirit and the way her topknot perfectly echoed the rosette detail on her neck.