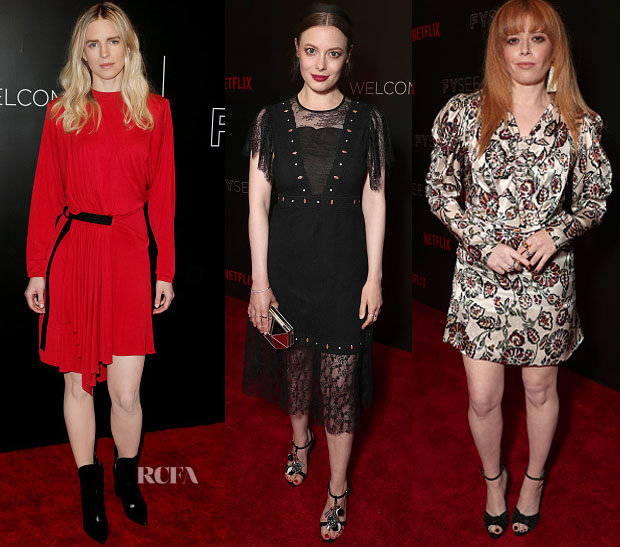 Brit Marling: Favouring modern minimalism Brit’s Louis Vuitton vibrant red dress was of course styled with LV ankle boots; as it would appear these dresses were not made for those who favour sandals.

Gillian Jacobs: The actress’ love for colourful prints took a back seat when she opted for this romantic Sandro black lace embellished dress. It’s a change of pace which paid off nicely, mostly due to the styling which included a Jennifer Behr headband. I’m glad she didn’t try to take this too far down a goth route.

Natasha Lyonne: The ‘OITNB’ actress’ Rodarte dress certainly doesn’t shy away from print, yet I still feel a bit underwhelmed.