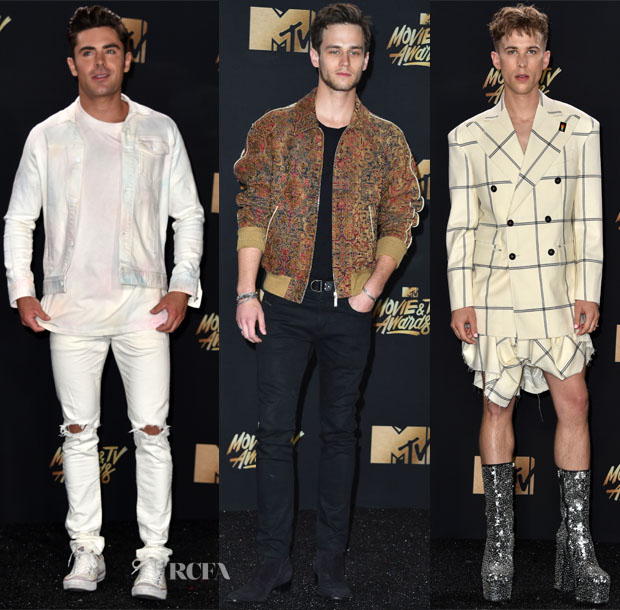 The men also had their moment at the 2017 MTV Movie & TV Awards on Sunday (May 7) in LA, with a range of experimental looks.

Zac Efron: The ‘Baywatch’ hunk may have been in all-white, but that didn’t keep this ensemble from having an edgy attitude. The holographic sheen of his jacket and the distressed, ripped denim made sure of that.

Brandon Flynn: Tapestry took on a new, low-key meaning with this Saint Laurent Spring 2017 patterned bomber jacket from the women’s collection, styled with black denim and a John Hardy bracelet.

Tommy Dorfman: Apologies to Zara Larsson, but Tommy gets the prize for the real go-go boots of the night with these DSquared2 Spring 2017 designs. I really couldn’t take the rest of the look seriously if I tried, given that footwear. But, this Vivienne Westwood MAN Fall 2017 dudes-in-dresses moment certainly had enough chutzpah to compete with the glitter. 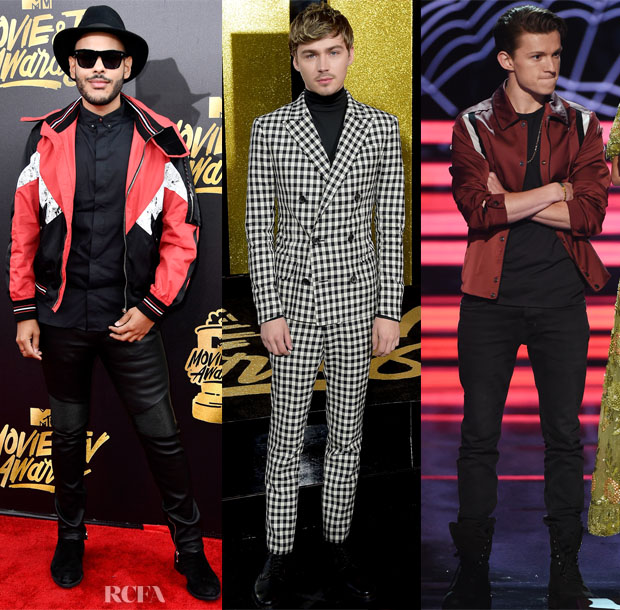 Hugo Gloss: Sleek and sporty, this Dior Homme Spring 2017 moto-inspired look was cranking on all cylinders.

Miles Heizer: Perhaps the black turtleneck was a bit much for spring, but this checkerboard Bally Fall 2016 double-breasted suit had some serious graphic appeal.

Tom Holland: Is it an awards show, or a trip to the grocery store? The young British dancer-actor can do both in his laid-back, un-tucked tee and jeans, topped off with a track jacket – all by Lanvin Homme – and Tod’s boots.