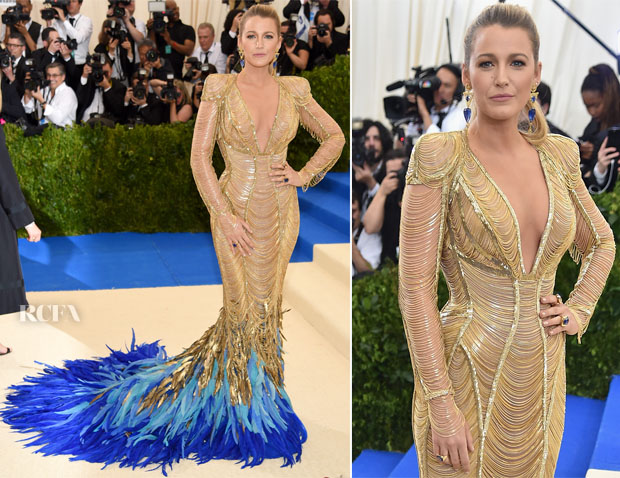 Blake Lively was another of the evening’s guests at the 2017 Met Gala on Monday (May 1) in New York City.

King Midas would find nothing to fault about her gilded Atelier Versace gown, which erupted at the bottom in a sea of feathery blue plumes.

It’s not the first time she’s worn feathers at the Met Gala, as in 2013, she also brought in some serious plumage.

But, aside from that, I feel like we’ve seen incarnations of this look before. Beyonce and Kim Kardashian are just two who come to mind who’ve worn bird-inspired gowns in the past.

Perhaps I’m having some feather fatigue, even though I wanted to love this body-contouring, liquid gold moment on Blake. Did it maintain its lustrous shine for you?

Posted by Rachel Watkins on May 2, 2017 In: Atelier Versace, Blake Lively, Met Gala