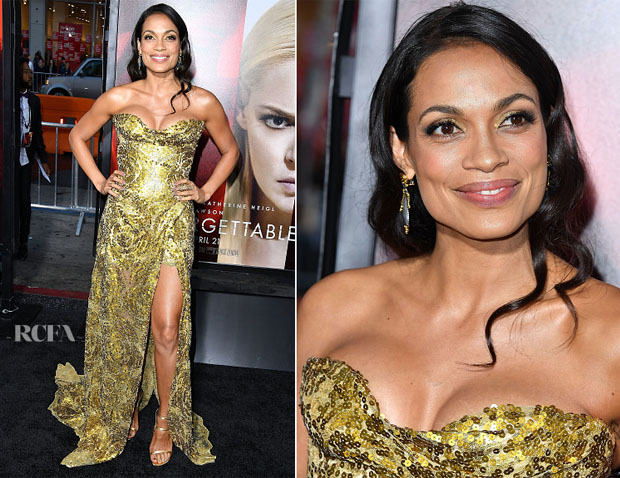 While the gold shimmering hue was divine against her skin, I can’t say I am too enamoured by this Vivienne Westwood Couture design.

It feels dated, plus I don’t like what it’s doing to Rosario’s chest here.

Rosario is such a beautiful woman, but her style is frustratingly inconsistent.

Storm Reid Wore Miu Miu To ‘The In...