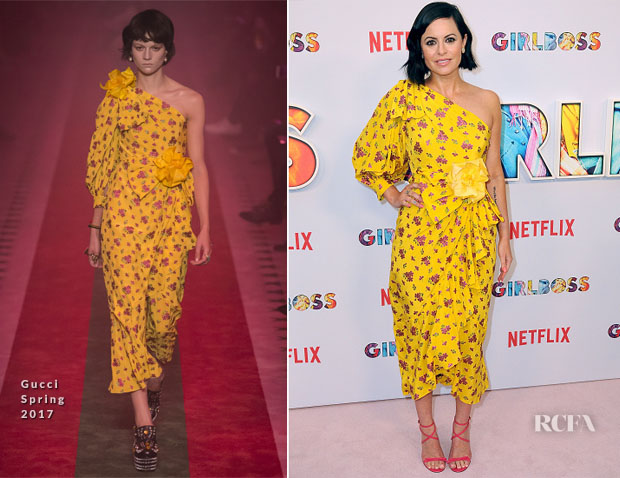 I wasn’t surprised to see her don this overtly eighties-inspired Gucci Spring 2017 dress, considering her roots are deeply sent in vintage clothing.

I love the striking colour which is bolstered by the asymmetric silhouette and punctuated with pretty blossoms alongside an origami flower embellishment.

Teamed with Gucci pretty pink heels this is easily one of my favourite looks of the current season.

The new 13-episode comedy series was inspired by Sophia Amoruso’s popular autobiography of the same title and is set to premiere on Netflix’ in the US on April 21.

You may remember that Emma Stone wore this same dress back in January. 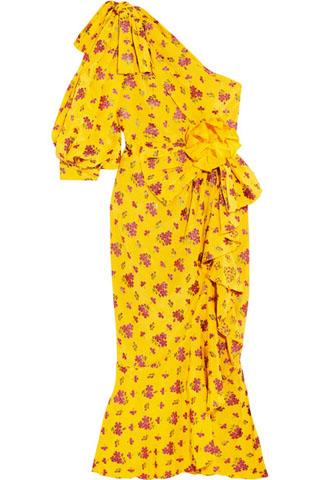