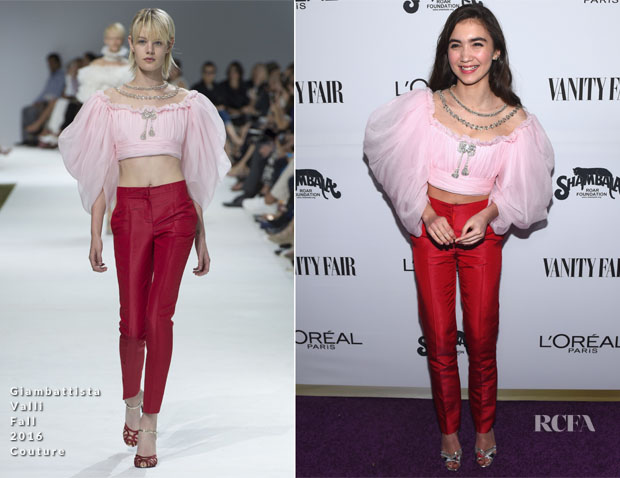 I love how this image of Rowan Blanchard perfectly captures the spirit of her Giambattista Valli Couture look; and that was having fun.

There were many stars who attended the Vanity Fair Young Hollywood party on Tuesday (February 21) in West Hollywood, California, but no stood out quite like Rowan.

From the outsized sleeves to the revealing midriff, some might say this look was too mature for Rowan, but for me the bubble hue adds a sweetness to the look which I think works in the young stars favour.