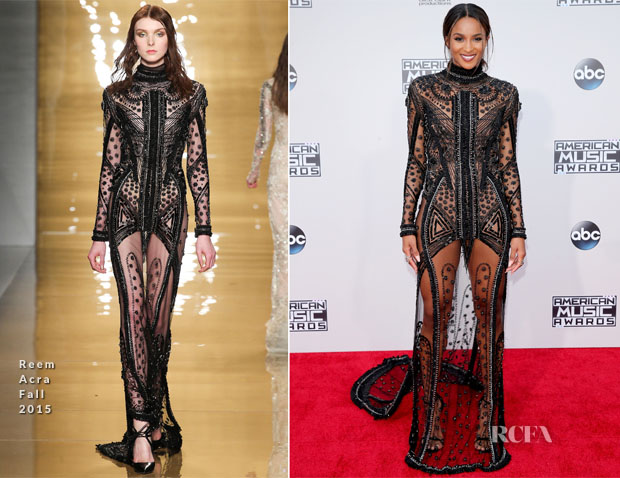 When I saw the singer wearing this sheer embellished Reem Acra Fall 2015 gown, two feelings came over me: disappointment and extreme boredom.

This style of dress has been done to death.

Not only by the likes of Beyonce, Nicki Minaj and Kim Kardashian, but also by Ciara herself at the 2013 American Music Awards in J. Mendel and the 2013 VMAs in Givenchy Couture just to name a few.

Factor in the unfortunately triangle beaded placement between her legs and this is a no from me.