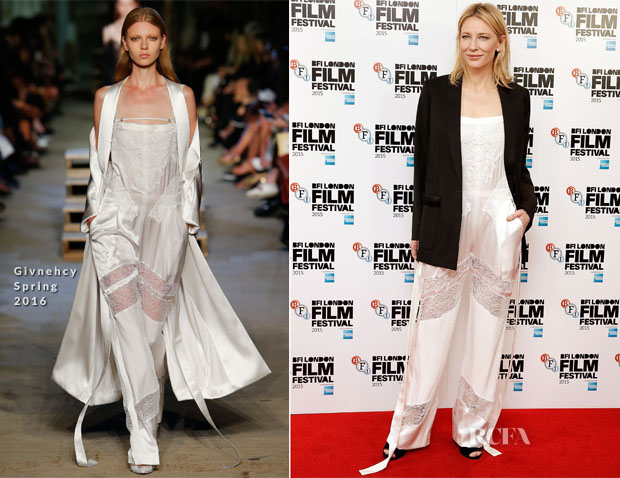 Cate Blanchett joined Rooney Mara for the photocall for their latest movie,’ Carol’ during the BFI London Film Festival at Soho Hotel this afternoon (October 14).

Much like Rooney, I was left bitterly disappointed by Cate’s red carpet look.

Givenchy silk lace PJs, a black blazer and limp hair? It’s like she just couldn’t be bothered to make an effort.

Rooney Mara in Giambattista Valli and Cate Blanchett in Givenchy