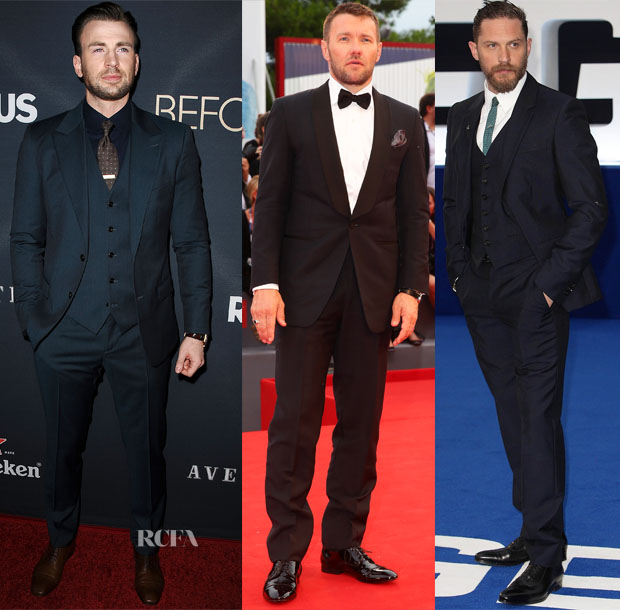 From LA, to Venice and London, here’s a roundup of some of our favourite leading men who took to the red carpet this week.

Chris Evans: The actor joined Alice Eve on the red carpet for the ‘Before We Go’ LA premiere on Wednesday (September 2). Offering up a dark, enchanting lustrous vision in Dolce & Gabbana, the actor styled his look with brown Louboutins and an IWC timepiece.

Joel Edgerton: The actor attended the premiere for ‘Black Mass’ during the 2015 Venice Film Festival on Friday (September 4). I love how Joel exhibits admirable refinement in his Alfred Dunhill tux styled with Louis Leeman shoes and Jaeger LeCoultre timepiece

Tom Hardy: The star of ‘Legend’ was joined by Emily Browning on the red carpet on Thursday (September 3) for the London premiere. The handsome actor played down his bad boy charm looking very dapper in a navy Alexander McQueen three-piece suit.